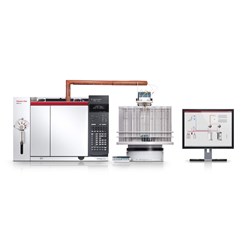 PREP mc2 is an instrument intended for semipreparative fractionating polymers by molar mass or by composition (TREF and CRYSTAF approaches). Samples are put into the vessels and the fractionation is performed automatically according to the selected method conditions in less than 24 hours.

PREP mc2 is an instrument intended for semipreparative fractionating polymers by molar mass or by composition (TREF and CRYSTAF approaches). Samples are put into the vessels and the fractionation is performed automatically according to the selected method conditions in less than 24 hours.

Molar Mass fractionation is based on the solvent interaction with the polymer chains through a solvent/non-solvent separation approach. Polydispersity of resulting fractions can be very narrow.

Composition fractionation is based on differences in crystallizability of the copolymer resins and can be performed by dissolution (TREF) or by precipitation (CRYSTAF) approaches. A single solvent is used to separate fractions according to their composition by dissolution or crystallization at different temperatures.

Up to 16 fractions can be obtained from a single sample fractionation as per the sample collector capacity. Two different samples can be fractionated at the same time, in which case up to 8 fractions per sample can be collected per run.

This instrument facilitates the cross-fractionation studies, which have been shown to be a needed tool to fully characterize resins. Fractions collected can be analyzed by other techniques such as NMR, FTIR and DSC.


Features
· Fully automated fractionation process:
- Two samples can be fractionated simultaneously.
- No hot solvents handling.
- Fractionation up to 2 grams of sample.
- Up to 16 fractions can be obtained from a parent sample.
· The instrument can fractionate polymers by molar mass or by composition (TREF and CRYSTAF approaches).
· Flexible hardware and software to carry out different fractionation methods.
· Virtual Instrumentation software with full control of the instrument hardware and process.
· Possibility of subambient operation (down to -20ºC) for low crystallinity samples.
· Possibility of remote control connection to allow a fast diagnosis from Polymer Char Service Center.


The PREP mc2 Software automates the fractionation process by composition TREF, CRYSTAF or by Molar Mass solvent-non solvent approaches. The corresponding separation method is selected from the PREP mc2 Software before starting the process, as well as a set of parameters involved in the fractionation, which can be configured by the user to get the desired separation conditions: such as the number of fractions obtained, volume, temperature steps (when fractionating by composition), solvent-non solvent percentages (when fractionating by molar mass) or cleaning cycles.

The PREP mc2 Software has been designed as a powerful Virtual Instrumentation interface to the instrument hardware, collecting all the sensors signals during the whole fractionation process as well as monitoring them in real time, watching at the expected behaviors and warning the user about any abnormal issues during the fractionation.

A manual mode is also available in the PREP mc2 Software, like in all Polymer Char’s instruments, without handling manually hot solvents and very useful as a fast diagnosis tool. As a result, every part of the instrument can be operated remotely. This manual mode is especially useful in the PREP mc2 instrument when fractionating unknown or difficult samples, allowing to perform step by step fractionations, which provides the user all the flexibility to adapt the fractionation conditions to the sample requirements. 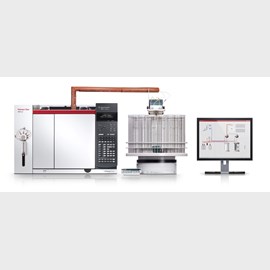