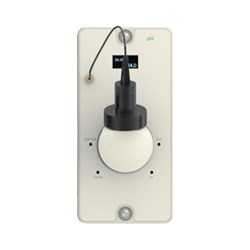 The NGC pH Valve integrates a pH electrode for accurate inline pH monitoring during the run (pH range 1–14). The valve can be programmed to direct the flow to the pH electrode or to bypass the probe via ChromLab™ Software .

The valve also features an integrated calibration port, which can be used to calibrate the probe, via ChromLab Software, without having to remove it from the chromatography system .

Features and Benefits of the NGC Chromatography pH Valve Module

Other modules may be added to your the NGC Medium-Pressure Chromatography System to increase functionality and automation.

Plug in the sample pump module for accurate and large volume sample application, the buffer blending valve module for automatic inline buffer preparation and generation of pH gradients for quick pH scouting, and the column switching valve module for attachment of multiple columns used in various applications or for column scouting. Additional modules are described on the NGC™ Chromatography Modules and Accessories page . 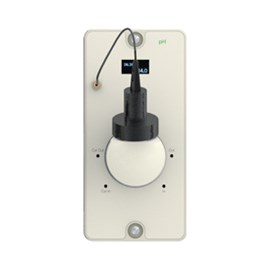