The GeneSys software now combines sample positioning and image capture on one screen, making it easier for scientists to set up and image gels and blots in fewer clicks 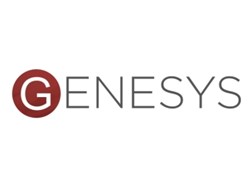 Syngene, a world-leader in image analysis, had announced the release of its GeneSys image capture software is available free of charge to users of Syngene imaging systems. Redesigned with time-saving features, the latest GeneSys software, makes it easy for scientists using G:BOX and G:BOX mini systems to accurately capture and save single or a series of their gel images, as well as chemiluminescent and multiplex fluorescent Western blot images.

Developed with simplicity in mind, the new GeneSys software now combines sample positioning and image capture on one screen, making it easier for scientists to set up and image gels and blots in fewer clicks. Users can also generate their Western blot images using one of four image capture modes: Chemi Rapid, Chemi Single, Chemi Series, and Signal Accumulation Calculator (SAC). These intelligently designed modes for different applications, give novice and experienced researchers alike the flexibility to choose the right method for capturing the type of single or series of blot images they need for their qualitative or quantitative work.

A clever new feature for adjusting binning levels with fluorescent multiplexed gel and blot imaging is incorporated into the new GeneSys software. This is ideal for scientists working with red and blue multiplex fluorescent gels and blots, where blue is often much brighter than red as changing binning levels allows the imager to detect fainter signals in faster exposure times, generating more reliable, quantitative data.

Another time saving feature of the new software is batch transfer of images, which means users can save series and multiplex images in one step to a named location in a Syngene Data (SGD) format. The SGD format is fully GLP compliant as it maintains all information about the image and cannot be altered by external software. Scientists can open SGD files in GeneSys and GeneTools, image analysis software to choose which image in a series to use and can save their optimum one in a publication ready format such as TIFF, JPEG and BMP. Using batch image transfer saves time and effort with individually saving each image in a series, thus eliminating file misnaming errors, maintaining data integrity, and guaranteeing greater accuracy.

“To ensure that Western blot images and data in papers accurately reflect experimental results, there are strict standards and regulations for researchers to work to” comments Dr Lindsey Kirby, Product Manager at Syngene. “By adding innovative features requested by G:BOX users to our new GeneSys software it is now much quicker and simpler for scientists in busy laboratories to produce chemiluminescent and multiplex fluorescent blot data they can trust every time.”

Do you use Syngene products in your lab? Write a review today for your chance to win a $400 Amazon Gift Card>>