Nobel Prize winner, INTEGRA Biosciences, a hurricane hero and WITec among those recognized at SelectScience's celebration in Philadelphia

Scientists around the world have named their top new technologies in the fields of general lab, separations and spectroscopy. Winners and nominees of the annual Scientists’ Choice Awards were celebrated during a glitzy SelectScience® party at the Pittcon 2019 International Conference and Expo in Philadelphia, USA. Read on to find out who walked away with the coveted awards this year and for other highlights from this exciting event, which also celebrated game-changing scientific innovation and communications excellence.

The coveted title of Best New General Laboratory Product of 2018 went to the ASSIST PLUS Pipetting Robot by INTEGRA Biosciences, as nominated and voted for by scientists worldwide. 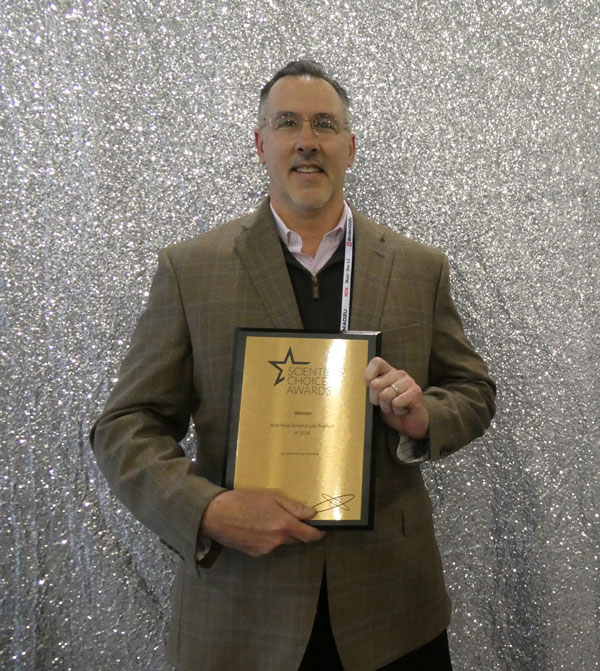 Mark Hamel shows off the award on behalf of INTEGRA Biosciences

SelectScience Editor-in-Chief Kerry Parker announced that the Best New Separations Product of 2018 had been awarded to the Thermo Scientific™ Vanquish™ Duo UHPLC Systems by Thermo Fisher Scientific, as chosen by scientists across the globe. 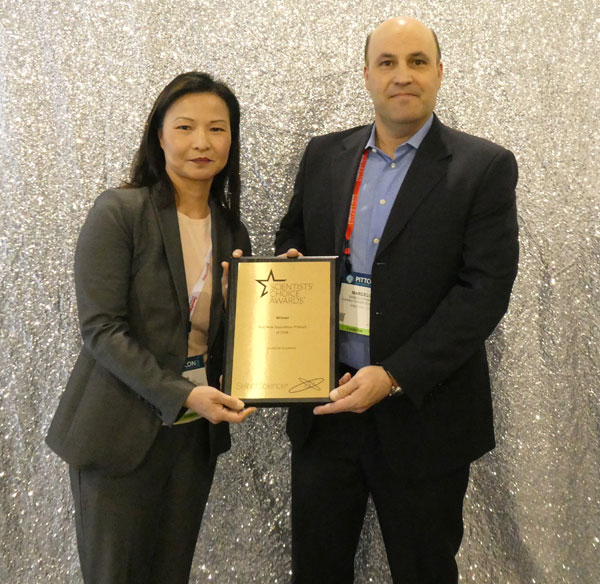 The Best New Spectroscopy Product of 2018, as decided by scientists around the world who have been nominating and voting for their favorites over the past few weeks and months, was the alpha300 Ri Inverted Raman Microscope by WITec GmbH. 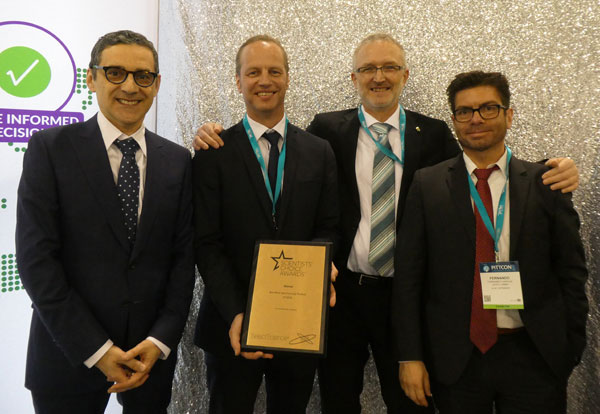 The team from WITec with their prized Scientists' Choice Award

Analytical Science Video of the Year 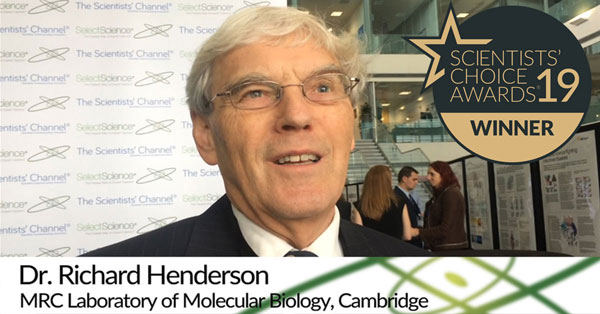 Nobel laureate in chemistry, Dr. Richard Henderson, is interviewed for The Scientists' Channel 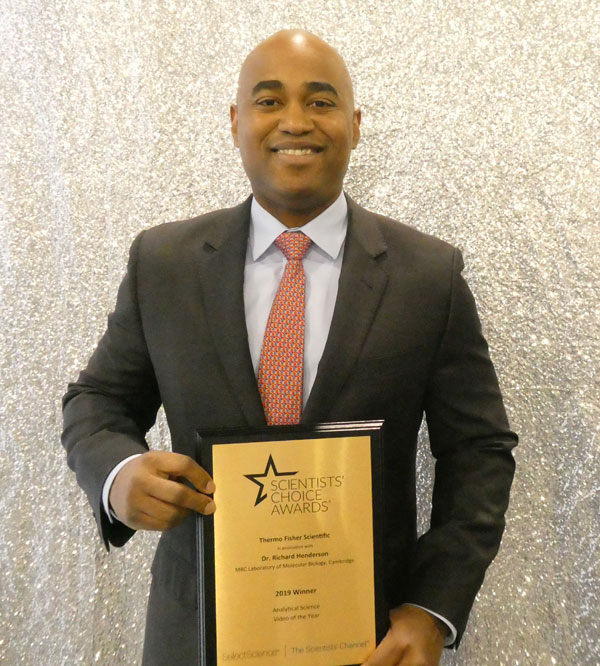 Thermo Fisher Scientific was recognized for its contribution to technology in this field. Learn more about cryo-electron microscopy solutions>> 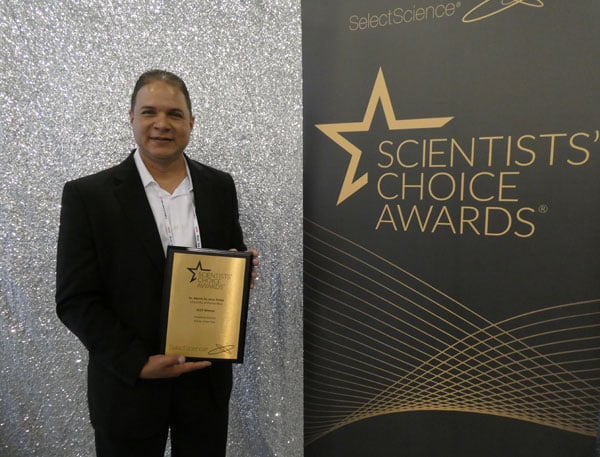 The Scientists' Choice Award for Analytical Science Article of the Year went to ‘How I Saved our NMR from Hurricane María Devastation'. Instrumentation specialist at the University of Puerto Rico, Dr. Melvin De Jesus Flores, tells the compelling story of how he managed to keep his lab’s prized Bruker NMR running in the wake of one of the most destructive hurricane seasons on record— Hurricane María.

De Jesus Flores said: “The year 2018 was a year of recovery and many professional and personal challenges but surrendering was never an option in my mind.
“This award is very important and significant for me because it motivates me to continue serving my university by giving all my dedication for science and my chemistry department. This award makes me feel satisfied with my work, which I thought at first would not be so significant. Hurricane Maria not only brought devastation and material and human losses, it also brought the attention of the scientific community, that in a gigantic way, has supported us in the recovery process.
“Moreover, knowing that we have the support of companies such as Bruker has been an unparalleled experience. It’s proof that the hurricane turned the eyes of the scientific community to the island of Puerto Rico.” 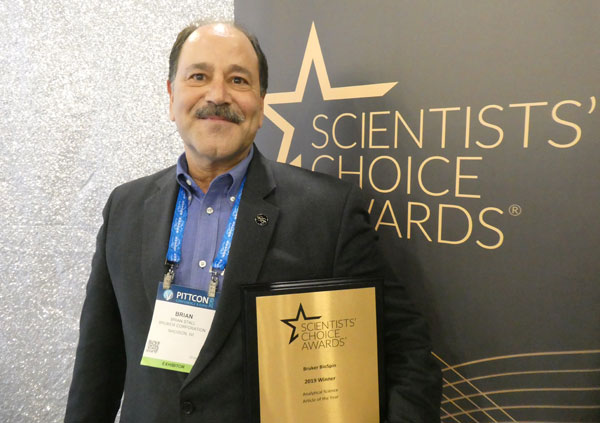 Brian Stall receives an award on behalf of Bruker in recognition of the company’s support for Dr. De Jesus Flores

Dr. De Jesus Flores thanked Emily Adam, from SelectScience, who conducted the interview; Clemens Anklin, from Bruker Biospin, who provided support during the difficulties caused by the hurricane and encouraged him to share his story; and the C&EN team who also covered the university’s challenges for ACS. 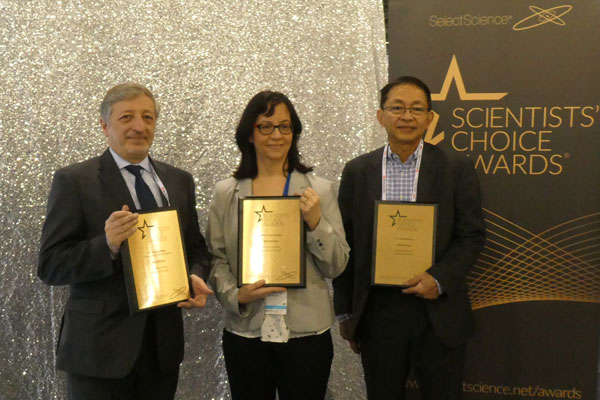 SelectScience revealed 'Pharmacopeial Modernization: How Will Your Chromatography Workflow Benefit? as webinar of the year. Produced in association with Waters, the hugely popular online event was presented Dr. Leonel Santos and Dr. Horacio Pappa, from the United States Pharmacopeia (USP), and provided an overview of its pharmacopeial harmonization and modernization efforts. It is still available to view on demand.

It was the NuAire ‘Working Safely in Your Lab: 10 Tips Infographic’ email which was named Analytical Science Email of the Year. You can see the award-winning email here. 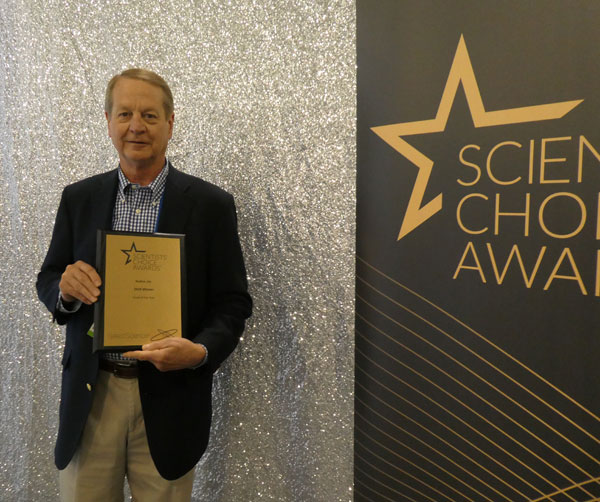 The Reviewers' Choice Award for Analytical Science Company of the Year, which is based on reviews published on the SelectScience website, went to Restek. 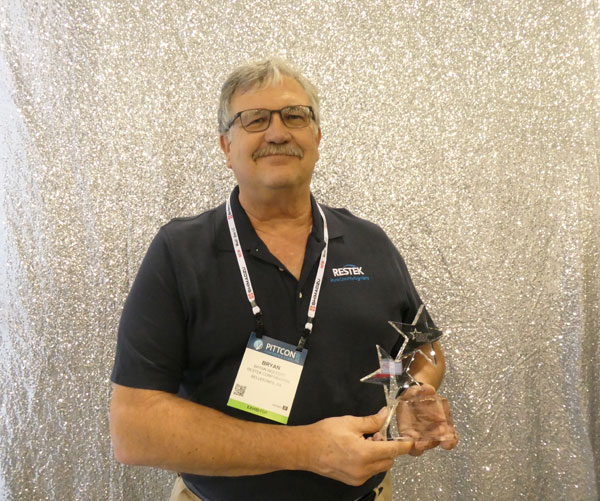 SelectScience announced that Eppendorf had once again won Reviewers’ Choice Customer Service of the Year — making it a fantastic hat-trick of triumphs for Eppendorf in this category. 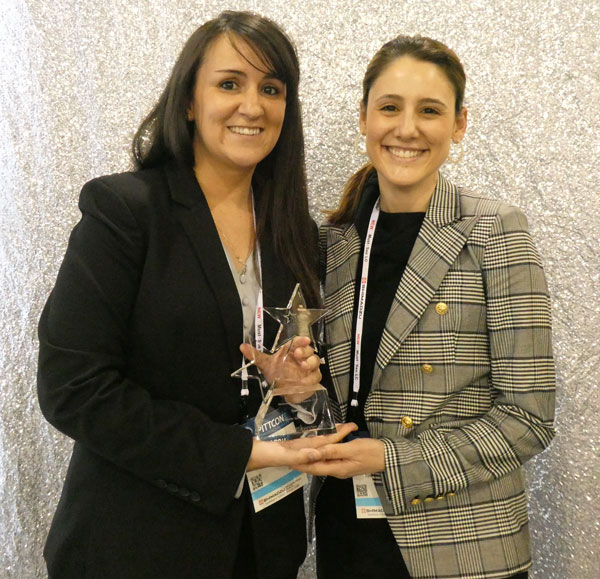