2018 was a standout year for the SelectScience life sciences community. We heard from pioneering scientists, reported on major scientific conferences worldwide and presented awards recognizing excellence in scientific research, technology and communication. We attracted record numbers of new members, hosted more webinars and published more reviews than ever before. We ran special features on hot topics ranging from cancer research to gene editing, produced an array of new downloadable eBooks, and so much more. Here, we look back at some of the many highlights from the year.

To kick start the new year, SelectScience spoke with Dr. Pauline Rudd, National Institute for Bioprocessing Research and Training (NIBRT), who told us all about the importance of glycosylation in therapeutics and the analytical methods she uses. We were also lucky enough to visit GlaxoSmithKline (GSK) and filmed a fascinating interview with Melanie Leveridge about her collaboration with TTP Labtech to develop the dragonfly discovery liquid handling system, that has significantly accelerated assay development times for early stage drug discovery. A popular app note published in January explained how to automate sample preparation for antibody-drug conjugates, to improve workflow 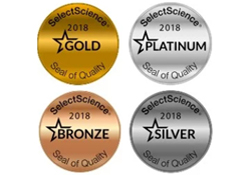 We were very excited for our first life science special feature of the year to go live – 9 Steps to Better Cell Biology. From cell signaling, to single-cell isolation, to the art of thawing cells, this feature brought all the latest developments in cell biology along with a plethora of useful resources to help accelerate your research. The famous SelectScience Seal of Quality program, designed to assist scientists in their purchasing decisions by recognizing the lab products receiving the highest review ratings, announced 10 new winners. The IncuCyte S3® Live-Cell Analysis System won a silver award and the DS-11 FX+ Spectrophotometer / Fluorometer by Denovix received a prestigious platinum award, the first life science instrument to receive this level of Seal of Quality. We also learned all about how multiplex assays help examine toxicity during agrochemical development, from crop science expert Dr. Olivier Blanck. 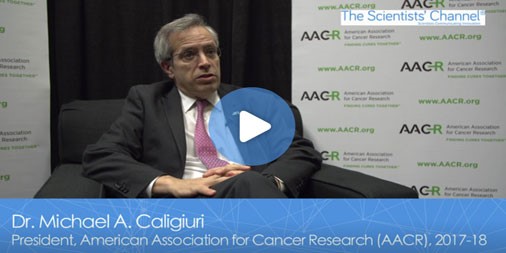 During the month of March, SelectScience and Dr. Nicola Bevan from IncuCyte presented a fascinating webinar that received hundreds of registrants; they learned how to quantify and compare rates of antibody internalization of drug candidates using live-cell analysis. We also enjoyed two great interviews with leading scientists: Dr. Constanza Cortes discussed her research initiatives in studying proteostasis dysfunction and autophagy in neuromuscular and neurodegenerative diseases, while Executive Director of the AMR Centre, Dr. Peter Jackson, explained how his team is working to tackle the global issue of antimicrobial resistance. We also had the privilege of speaking with AACR President Dr. Michael Caligiuri for our revolutionary new video platform The Scientists’ Channel about his legacy in cancer research and his initiatives that focus on cancer health disparities in the community.

The Scientists' Choice Awards for Life Sciences held at AACR

April was an especially exciting month for SelectScience – we attended the AACR Annual Meeting in Chicago and interviewed a number of scientific experts in cancer research from around the world, including Dr. Bindesh Shrestha, from Waters, about automated mass spec imaging; Dr. Hagen Wieland, from PromoCell, about a new cancer cell culture toolkit; and Dr. Sylvain Baron from Cellecta about optimizing CRISPR/Cas9. During AACR, winners of the 2018 Scientists’ Choice Awards for Life Sciences were announced, recognizing the best new products in the industry, as nominated and voted for by scientists. Among the winners were the TwistAMP® Liquid Kits by TwistDX, the DS-11 FX+ Spectrophotometer / Fluorometer by Denovix and  NanoBRET technology by Promega. Another highlight of the month was our interview with Dr. Jean Qiu from Nexcelom Bioscience LLC, who told us about a new automated imaging and cell counting platform, Celigo. 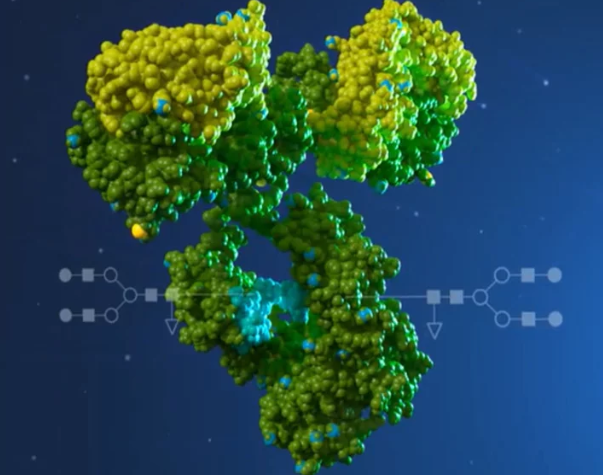 Glycosylation is the most common post- translational modification of proteins

From a new handheld Raman spectroscopy analyzer, to material verification and identification in pharmaceutical applications, to mapping the human glycome, we covered all the latest developments and advancements in biopharmaceuticals, in our special feature this month. We also held a fascinating webinar on live-cell analysis solutions for 3D tumor models, with guest speaker and expert industrial pharmacologist, Kalpana Patel, from Sartorius. Another scientist studying tumors, Dr. Akil Merchant, told SelectScience how, by examining the response of immune cells surrounding cancerous cells within a tumor, he hopes to identify mechanisms of resistance to current immuno-oncology therapies.

June saw the publication of a several fascinating articles featuring interviews with leading scientists, including one of the most viewed articles of the year – starring Dr. Ryan Gordon from StemoniX and exploring the applications and potential of 3D human spheroids in predictive assays for early drug discovery.  Other interview highlights included: Dr. Päivi Östling on her work improving next-generation precision cancer medicine; biomarker research for early diagnosis of cancer carried out by Dr. Ginger Milne and her team at Vanderbilt University Medical Center; and learning what affects antibody performance and how to choose the right antibody, with Dr. Hüseyin Besir from PROGEN. 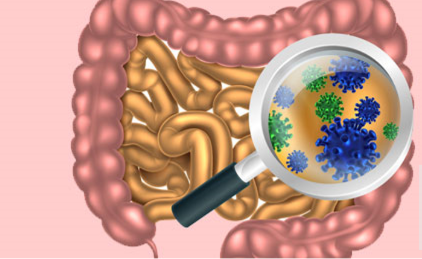 39 trillion bacteria live inside your gut and control your health

One hot topic in science throughout 2018 was the human microbiome. We dedicated a special feature to the microbiome, curating useful resources to keep you updated, help you improve your experiments, and share what the experts are saying. We also caught up with Dr. Amanda Linkous, of Weill Cornell Medicine, who is working on producing models of glioblastoma using human-derived stem cells to produce a 3D “mini brain” that provides a truer representation than animal models — potentially enabling more effective treatment.  This month, we also ran a very popular webinar about using Thermo Fisher Scientific’s NanoDrop One to identify contaminants and quantify DNA and RNA, and interviewed Dr. Jennifer Van Eyk about the importance of proteomic analysis by mass spectrometry for precision medicine. 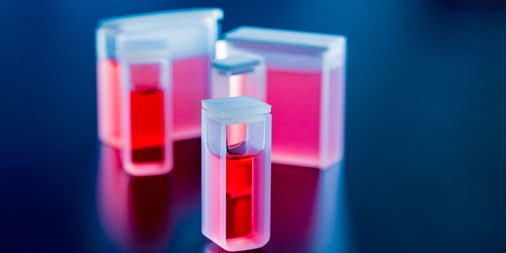 August was yet another month for strong content – this biomarker research special feature collated all the latest techniques, technologies and methods to help you stay informed on recent advancements in this popular field of science. We also published a brilliant eBook on how to buy UV/VIS spectrophotometers, highlighting important considerations and helping you make an informed purchasing decision. This application note about using droplet digital PCR to improve analysis of microbial targets proved to be very popular, along with other compelling content such as this video interview with Professor Gary Patti, who shared how his team are using mass spectrometry to map the metabolome of cancer cells. 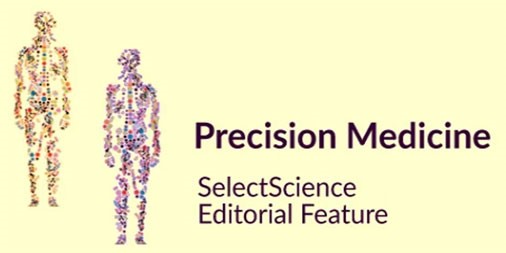 Our precision medicine editorial feature launched during September – an exciting compilation of videos and articles reporting on scientists’ progress towards achieving precision medicine. Included were interviews with Dr. Carla Grandor and her team at SEngine Precision Medicine, who are working on targeting specific individualized cancer cells to test drug combination treatments; with Dr. Guilhem Tourniaire, from Cellenion, who shares how, with the right choice of technology, single-cell isolation can be easy; and with Dr. Frank Peacock, who explains how a simple blood test could help identify patients who have suffered brain trauma. Other highlights of the month include a webinar about longitudinal live-cell imaging assays to characterize cells for assay development, and our new cell imaging eBook to help you choose the best cell imager for your lab. 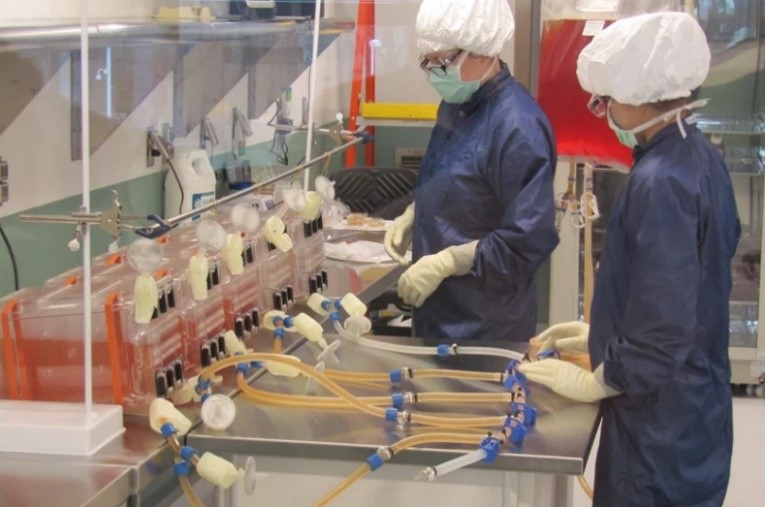 Gene therapy may be closer than we think

SelectScience attended Lab Innovations 2018 where we were joined by industry leaders to celebrate the one year anniversary of the Seals of Quality awards program – designed to further help scientists make important purchasing decisions – announcing four new winners of a Bronze award. In a gripping interview with Jaysson Eicholtz, we learned how his team designed AAV vectors that were used in a successful clinical trial, indicating gene therapy may be closer than we think. We also met Co-Founder of PharmaFluidics, Paul Jacobs, to learn how micro pillar array columns have offered exceptional separation efficiencies, assisting scientists in biomarker discovery research. This app note by Labcyte received a large number of downloads, explaining how to cost-effectively scale the whole genome sequencing of microbiomes. 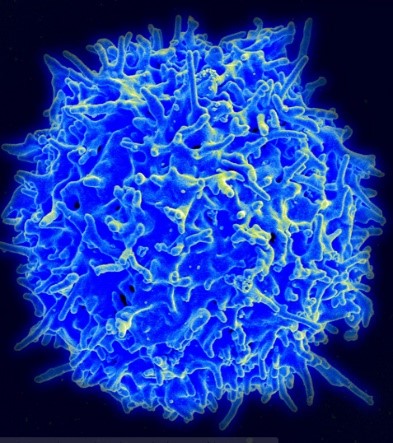 Neuroscience 2018 was a definite highlight of the year for SelectScience. We met many scientists from all over the world, coming to share their knowledge and expertise in the field of neuroscience. Amongst these was Kelly Kaihara from Bio-Rad who told us about examining the transcriptome at a single-cell level, and Emily Putnam from Zymo Research who shared her secret to 1-minute homogenization of cells in microbiomics. We also spoke with Dr. Diana M. Dincã who told us how she uses live-cell imaging to study dysfunctional glial, which can lead to neurological diseases. In November we held this exclusive cell culture masterclass, presented by Franziska Wienholz from Corning Life Sciences, providing a 10-point plant to prevent contamination of cell cultures in your lab. Last but definitely not least, our penultimate life science special feature went live, rounding up some fantastic content in the field of immunotherapy: in an interview with Dr. Amir Alpert, we heard about T cell-based therapies that boost the immune system to help fight cancer.

In the final month of the year, this video interview with Dr. Johannes Kohl, from the Francis Crick Institute, went live on The Scientists’ Channel. Dr. Kohl told us how he had identified a small group of neurons that controls parenting behavior in mice. Our Protein Biology Special Feature also went live. To round off a fantastic year at SelectScience and to get in the festive spirit, we held our 12 Reviews of Christmas competition. Our lucky winners received gifts such as Netflix, Amazon and Starbucks gift cards by leaving product reviews for laboratory products, providing vital feedback and enabling scientists to make informed decisions when purchasing new technologies.

We hope you enjoyed 2018 as much as we did — there are exciting things planned for the SelectScience Life Sciences Community in 2019, so keep an eye out for even more great interviews, expert tips and informative webinars and don’t forget to follow our social channels to stay up to date.

Happy Holidays from all at SelectScience — here’s to a great 2019!

What laboratory products do you use in your lab? Write a review for your chance to win a $400 Amazon.com Gift Card>>