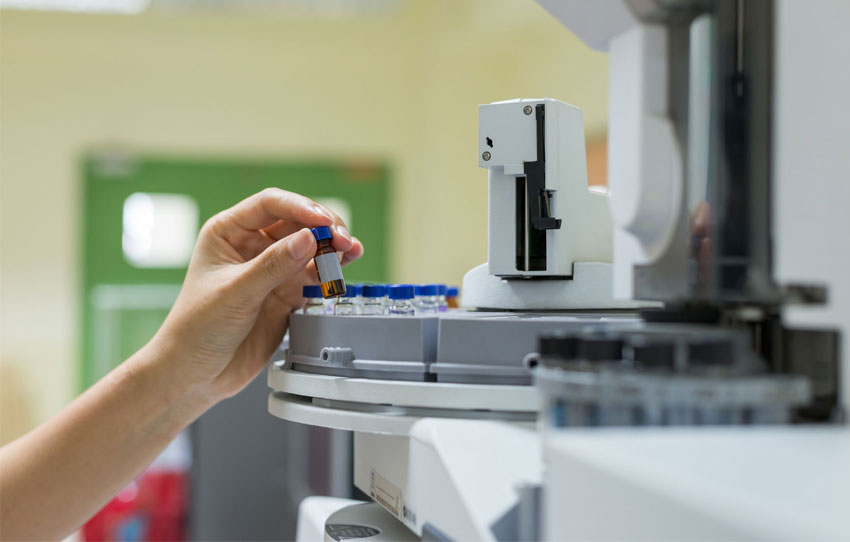 It is estimated that 1 in 3 people will develop one of the many forms of cancer at some point in their lives. Early diagnosis is often crucial to their chances of surviving the disease and one of the most promising routes for early diagnosis and intervention is the measurement of key biomarkers in bodily fluids. It is these biomarkers that reveal the subtle changes in our physiology that can indicate the very early stages of cancer development and inform early interventions. The research community is constantly trying to discover new biomarkers of cancer in its earliest stages. Dr. Ginger Milne and her team in Nashville, Tennessee, USA are specialists in the measurement of a group of fatty acid derivatives called eicosanoids (and their metabolites) in a variety of matrices including blood and urine. Milne is a chemist working as a Research Associate Professor of Medicine and Pharmacology at Vanderbilt University Medical Center. Based within the School of Medicine, she has directed the Eicosanoid Core Laboratory for almost 14 years where she collaborates with and oversees the provision of analytical services to, researchers both within Vanderbilt University and across the globe. Using Waters Corporation equipment, the lab performs 16 validated, highly precise and sensitive mass spectrometry assays, several of which were developed by Milne’s team.

Prostaglandin metabolites in urine as biomarkers of cancer
Milne and her team are currently focused on measuring metabolites of eicosanoids in the urine of patient populations, and particularly those from prostaglandin E2 (PGE2). Milne explains why assessment of PGE2 levels in humans is important: “PGE2 is one of the most abundant eicosanoids produced in the body.  This molecule regulates numerous physiological processes including gastric acid secretion (protects the lining of the stomach), blood vessel dilation and contraction, fever, and pain.  However, production of PGE2 is increased during inflammation, particularly in certain cancers. In collaboration with users of our Core [the laboratory], a metabolite of PGE2 is used as a biomarker for looking at the risk of developing certain types of cancer, including those of the colon, breast, stomach, head and neck. We are looking at patient populations with increased levels of this biomarker.”

This is a challenging task because of the short half-life of PGE2 in the body – it has a half-life of just three and a half minutes in the bloodstream – and that is where its metabolites become key. Even then, the metabolites from urine become unstable after a couple of hours, but that’s just enough time for analysis with the right assay and the latest chromatographic and spectrometric techniques.

These new techniques have greatly expanded eicosanoid research as the limitations of older gas chromatography-mass spectrometry (GC-MS) techniques would have made such analyses impossible. As Milne observes: “It would take approximately one week to analyze ten samples, so it wasn’t exactly high-throughput. This timeline of sample preparation is particularly problematic when dealing with chemically unstable metabolites Projects were often dropped because of these complications.”

Next-generation liquid chromatography-mass spectrometry (LC-MS)
According to Milne, “it wasn’t until 2004 that a collaborator was able to synthesize a standard for this metabolite, because of its chemical instability. Once that was synthesized, our laboratory was able to develop an LC-MS method to quantify it. The preparation for LC-MS is much more straightforward; sample preparation is streamlined as fewer extraction and derivatization steps are required.  The sample is therefore in a less processed state when you get it on to the MS.”

The Eicosanoid Core Laboratory now uses state-of-the-art instruments from Waters Corporation that utilize ultra performance liquid chromatography (UPLC). The lab features the ACQUITY UPLC I-Class PLUS system attached to a Xevo TQ-S Micro Triple Quadrupole Mass Spectrometer, which has transformed its ability to simultaneously measure very small quantities of a number of prostaglandins (and their metabolites) that are chemically very similar. Milne testifies to this: “The Waters technology, combining UPLC and MS, has allowed us the specificity and sensitivity that we need. Advances in UPLC and column packing have allowed for a better separation of metabolites, particularly between PGE2 and PGD2, which have the same molecular weight and so would otherwise interfere with one another."

Milne concludes: “Being able to do this in one analytical run, measuring multiple metabolites, is really helpful to investigators. Now we can take 1ml of urine and measure all this family of prostaglandins, rather than one at a time which would typically require 5-10ml of urine. It’s ideal for clinical trials."

Future developments
Milne places her PGE2 work in the context of an overall vision: “Personalized medicine in the field of cancer is where we’re heading with prostaglandin metabolites. Not all patients who develop certain cancers have increased levels of PGE2. It’s only a subset of the population, and so we hope to use these biomarkers to identify patients at risk of developing these types of cancer. This will help identify patient cohorts for whom certain interventions might work, for example, giving aspirin, which inhibits prostaglandin formation.

Find out more about the vital research of the Milne lab and how the ACQUITY UPLC I-Class PLUS system and Xevo TQ-XS Triple Quadrupole mass spectrometer could help you.