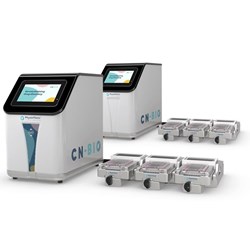 
Average Rating: 4.9
|
3 Scientists have reviewed this product
5 out of 5
Ease of use
5 out of 5
After sales service
5 out of 5
Value for money
Write your own review

Very useful for our research on studying virus-host interactions

"We have recently purchased the PhysioMimix™ OOC Microphysiological System for virus-host interaction studies as part of our research. Although we are only in the early stages of our studies using this, we find the system very useful and versatile, and is supported very well by the services from CN-Bio."

This is the next generation of preclinical models relevant to human physiology.

"The CN Bio Physiomimix system is revolutionizing medical research and drug discovery by allowing investigators to recreate facets of complex human biology ex vivo. For example, I am routinely using the device to interrogate human gut-liver crosstalk during autoimmunity. The platform is highly reliable in terms of performance and so is Cn Bio's support in adopting new applications. "

After years of costly research and development, many drug discovery programs fail because 2D cell culture and animal models do not adequately predict human responses. To mitigate the risk of late-stage failures in the clinic, researchers are increasingly adopting OOC technology to predict drug efficacy, toxicity, and pharmacokinetic profiles early in programs. Insights generated using OOC are being used to complement data derived using traditional methods, confirm discoveries, overcome inter-species differences, and bridge knowledge gaps. However, in certain scenarios, such as the development of new human-specific modalities, OOC offers a novel opportunity to validate a target hypothesis, test safety and efficacy where animal models may be altogether unsuitable due to differences in gene sequence or immunological response.

How does the PhysioMimix OOC MPS system complement existing approaches?

PhysioMimix™ OOC Systems facilitate the formation of 3D microtissues, or miniature organs, that behave and respond to drugs in the same way as a human by culturing multiple human cell types in a physiologically relevant environment. They maintain the phenotype and biological activity of cultures over weeks by mimicking blood flow around the human body, exposing cells to vital biomechanical stimuli, oxygen and nutrients.

Providing additional functionality, the Multi-Organ System enables scientists to interconnect our liver-on-a-chip model with other organs, such as gut, lung or kidney. By mimicking how organs interact and communicate as part of a complex system, researchers benefit from a deeper human-specific mechanistic understanding of disease states and drug behaviour such as the ability to analyse target organ versus off-target effects, pharmacokinetics, bioavailability and biodistribution. This capability is facilitated by the MPS-TL6 consumable plate whose novel microfluidics enable recirculation of media from one culture compartment to the other to permit inter-organ crosstalk. When combined with PBPK mathematical modelling, in vitro data may be extrapolated to in vivo clinical predictions.

Through its ability to recreate human physiology in the lab, the PhysioMimix™ OOC can predict human responses to new therapeutic drug candidates. By supplementing data generated from entrenched 2D cell culture and animal studies, this system supports confident decision making across many drug discovery stages from target discovery right through to development.

Despite the complex biology that they recreate, PhysioMimix™ OOC Systems are simple to install (< 1hr) and user-friendly to operate (< 1 min to program and start a run). To support users transitioning from 2D cell culture into 3D microtissues, a familiar open-well plate-based format has been incorporated into the design of consumables to ease adoption.

First launched in 2018, this patented, proven technology offers the following features and benefits: 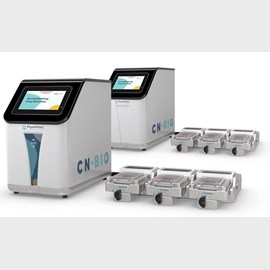 Very useful for our research on studying virus-host interactions