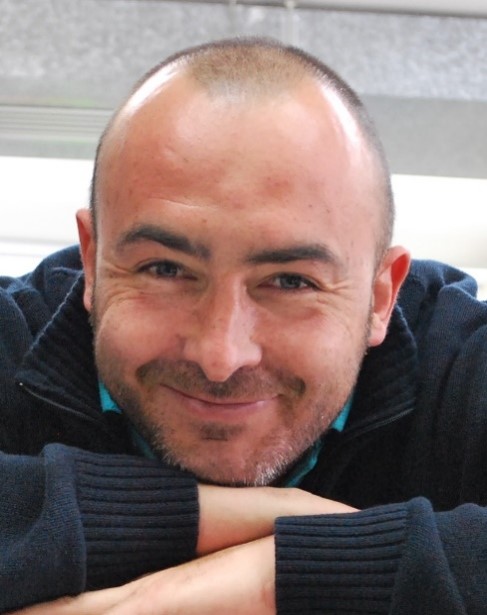 Dr. Sergio Casas-Tintó, head of the Drosophila Models of Human Disease Unit at the ISCIII

Individual rare diseases may affect only a few people, but collectively there is an estimated 400 million patients worldwide suffering from a rare disease. Fortunately, thanks to the advent of genome-wide-sequencing (GWS) methods, scientists are closing in on the genetic factors underlying these conditions, which once identified can aid early diagnosis and inform therapeutic intervention. Genetic variants determined through GWS initiatives require a thorough validation process to establish their causal relationship with a specific disease, if no previous evidence exists. Mouse models are commonly used for such investigations due to their ability to reproduce many aspects of human disease pathways. However, biological, technical, economical, and ethical considerations can limit their applications, prompting an urgent need to find alternative animal models.

In this interview, SelectScience® speaks with Dr. Sergio Casas-Tintó, head of the Drosophila Models of Human Disease Unit at the Institute for Rare Diseases Research (IIER) of ISCIII (Instituto de Salud Carlos III, of Spain), to learn more about his work developing disease models using Drosophila melanogaster, or fruit flies, to validate genetic determinants of rare diseases. Sergio shares how advances in gene editing technology have allowed his team to more accurately model candidate genetic variants, highlights the need for a multi-model approach, and reveals what he hopes for the future of the field.

A focus on rare diseases

Sergio has been investigating the mechanisms that govern human disease for over a decade and has spent much of this time researching neurodegenerative disorders and glioblastoma, an aggressive form of brain cancer. Now, based at the IIER of ISCIII, his current goal is generating Drosophila models for rare and ultra-rare diseases, which affect up to 6% of the world’s population, most of whom are children1. “The fact that these diseases are so rare means that there are very few patients worldwide and, therefore, there is a significant lack of animal models,” he shares. “However, with advances in gene editing technologies and the use of simple animal models, it is now reasonable to generate models in a short period of time and with a limited amount of money.”

Rare diseases are good candidates for genetic-based animal models because most are of genetic origin and are caused by mutations in a single gene. To identify candidate genetic variants, Sergio and his team are using a database of sequencing data from patients with rare diseases across the world. “First we identify a patient that cannot be diagnosed, then we sequence the whole genome and identify a candidate gene(s) with probable biological relevance for the symptoms of the patient, then we validate the mutation through Sanger sequencing and we do a functional study” he says. “Sometimes it's a big deletion, but in most cases, it's a point mutation – that’s the most common modification that we have seen.”

Once a mutation of interest is identified, the next step is to translate it into an animal model and validate if the phenotype resembles the symptoms seen in the patient. Here, the team takes advantage of the latest CRISPR-Cas9 technology to introduce specific mutations with high precision and efficiency. “The possibility of generating avatars – animal models that, in theory, only have the mutation that you want to study – is a privilege that we have now,” says Sergio. “For decades, the best approach was to overexpress or silence genes implicated with a disease, but we now know that mutations can not only reduce or increase the expression of a gene but also provide a new function. So, by reproducing the exact same mutation, we can get much closer to the real scenario in patients.”

Understanding the genetic factors underlying these diseases is critical for both improving diagnostic capabilities and for developing suitable therapies – and Sergio is excited by the pace of progress. “The objective is to point to a particular gene and a particular mutation and say to undiagnosed patients: this is your problem,” he says. “Beyond this, what I’m most excited for is when somebody gets to cure one of these kids. Every patient should be able to have a personalized and precision medicine program. That is one of the greatest advancements that I can imagine right now, and I think it will be a regular practice in the near future.”

Advances in gene editing technology have led to major improvements in disease model design and significantly broadened the range of animal and cell-based systems amenable to disease studies. However, several pertinent challenges remain in the field. Principle amongst these is choosing a suitable model system, which can depend on several criteria including genetic composition, ease of manipulation, the translatability of results, ethical implications, availability, and cost. There are several established genetic model systems, such as worms, flies, mice, and fish, which each have unique advantages and caveats.

Fruit flies are particularly well suited for disease studies as can be easily genetically manipulated, have short generation times, and can be maintained at an extremely low cost. Crucially, they also have a high degree of genetic homology with human disease pathways. “Drosophila has around a 70% conservation with the genes that are mutated in human disease, so in theory could reproduce around 7 out of every 10 human diseases,” shares Sergio. However, clearly, fruit flies are not mini humans. As with all models, they cannot recapitulate every aspect of human development and disease. With no perfect option available, Sergio believes the best approach is to use a range of models to substantiate findings. “Modeling implies that you have to try to tackle the problem from different points of view,” he asserts. “Researchers should use different models, not only animals but cells, theoretical, artificial intelligence, and mathematical models, to find the truth in all of them.”>

With innovations in genetic-based disease modeling arising at a rapid pace, Sergio believes that effective communication is more important than ever for those working in this field. “It’s important for disease model researchers to review all the latest studies and go through the techniques in detail,” he advises. “Techniques evolve rapidly, and sometimes we do not have the time or patience to read up on the latest advances in technology. Often there are people out there that have an answer for the technical question that you are facing, as they have already solved it.”

He also sees value in fostering collaborations between scientists and technology providers. “Whenever you have a conference, spend some time talking to an expert because this person probably has a solution for you,” he says. “And on the side of companies, don’t be afraid of researchers, it's not that you sell, and we buy – we should work together to find a solution. It will have an economical cost, of course, but that is not always a limitation.”

With a comprehensive portfolio of predesigned and custom CRISPR sgRNAs, Cas9 proteins, donor DNA kits, and easy-to-use software – such as the Invitrogen™ TrueDesign™ Genome Editor – Thermo Fisher Scientific is well positioned to support researchers with every step in the genome editing workflow.

Learn how to design your CRISPR gene editing experiments in as little as five minutes and read more from gene editing experts on how the landscape of gene editing is changing, the barriers that exist for developers, and how Thermo Fisher Scientific can support researchers when challenges present themselves.