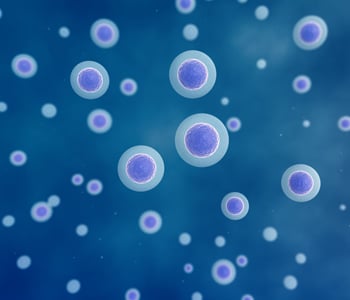 More commonly known as planarians to scientists, the flatworm possesses a remarkable ability that has for some time now caught the attention of stem cell biologists and others. These flatworms have an astonishing capacity for regeneration, such that slicing the worm into small pieces will result in each piece being able to regenerate into a full adult flatworm.

Mediated through adult stem cells, this has brought one particular species into fame within the scientific community. Native to the freshwater bodies of southern Europe and Tunisia, Schmidtea mediterranea has emerged as a popular model organism to help study the biological mechanisms responsible for regeneration, so much so that its genome has now been sequenced. Among those looking to advance understanding of how the S. mediterranea regenerates is a team in Dresden, Germany. Working at the Max Planck Institute of Molecular Cell Biology and Genetics (MPI-CBG), postdoctoral researchers Tobias Boote, Miquel Vila-Farré, Hanh Vu and others are harnessing the latest slide-scanning technology to unravel the planarian’s regenerative secrets.

Researchers at the Max Planck Institute led the effort to sequence the S. mediterranea genome, in partnership with the Heidelberg Institute for Theoretical Studies. The work was published in the journal Nature and revealed some surprising features. The planarian’s genome contains novel giant repeat elements and also new genes that are entirely specific to the flatworm. Furthermore, it lacks other genes that were previously thought to be essential for animal life and this finding has important implications for the fields of regeneration research, stem cell biology and bioinformatics.

Although flatworms have become a model organism for very good reasons – such as the low cost of maintaining a large number of individuals in the lab and the availability of a genome sequence - one of the challenges in research with planarians is the size and thickness of tissue samples presented for analysis and this is where selecting the most appropriate scanning technology comes into play.

Digitizing whole glass slides is an essential tool in many modern research settings, and a range of slide-scanning technologies are available to researchers. Imaging and digitizing very thick fluorescent tissue samples at the MPI-CBG is done using the Olympus SLIDEVIEW™ VS200 Research Slide Scanner, which has a suite of features that can benefit life science researchers. “The Olympus VS200 scanner not only allows us to easily acquire high-resolution images but also provides TruSight™ Live, a real-time deblurring function,” explains Boote. “The prepared specimens are quite thick as they are not cut before being immobilized on a slide. With this 200–300μm thick specimen, the system’s TruSight Live or Z-stack functionalities are essential,” he adds.

The TruSight Live option enables researchers to reduce distracting diffused light from the areas above and below the focus plane, thereby sharpening the images, and the Z-stack function containing up to 31 planes allows for analysis of the distribution of marker signal through the sample thickness.

Miquel Vila-Farré is in no doubt about the value of the Olympus system that the Max Planck Institute is using. “The images and data we are now acquiring are an essential source for our ongoing investigation in understanding the relation between the abundance of reproductive tissue in adult planarians and the ability to regenerate the animal,” he says.

Further benefits of the Olympus system

The Olympus VS200 is a versatile slide scanner that is not just targeted at stem cell research but can also be used within many neuroscience, oncology, and drug discovery applications – in fact, at any discipline that generates very thick, large tissue specimens (such as mouse brain sections). Imaging is optimized by the five imaging modes that the VS200 offers, allowing the user to switch between brightfield, fluorescence, darkfield, phase-contrast or polarization – or combine different modes.

Increased slide capacity and in-built robotics allow for more images to be scanned in less time – 210 slides can be accommodated on a single 35-tray stack – and the system also has the facility to scan multiple different slide sizes simultaneously. The powerful user interface enables workflows to be streamlined, for example through the standardization of repetitive operations, and allows for the easy viewing and sharing of digitized slides with its image viewer software and optional SQL database.

Find out more about the work of the Max Planck Institute of Molecular Cell Biology & Genetics and how the Olympus VS200 Research Slide Scanner could help you.