Editorial Article: Here’s Why You Should be Using Xeno-Free and Serum-Free Media for Your Cell Lines 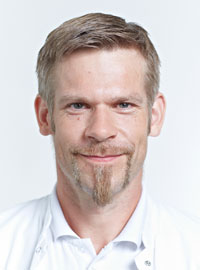 Cell culture is used extensively across basic, translational and pre-clinical research within both industry and academia. Cell lines serve as a fundamental tool for studying biological processes, including gene and protein function in both health and disease. They can be used to evaluate phenotypic responses to novel drug compounds; study the impact of genetic modification; and for the synthesis of biological compounds – including therapeutic antibodies, proteins and vaccines.

Having spent the past few years working to develop unique solutions to this cell culture conundrum, he explains how PromoCell’s newly-launched products could revolutionize cell-based assay research.

Researchers may choose to study primary, patient-derived cell lines to increase the physiological bearing of their results. Primary cells are known to more closely represent the morphology and activity of cells in vivo in response to external stimuli since serial passage can induce genetic variation over time. The HeLa cell line, for example, was first established nearly 70 years ago – isolated in 1951 from a patient with cervical cancer.

However, primary cell lines are notoriously difficult to culture, less well characterized and less freely-available. In recent years, these drawbacks have proven to be a source of technological innovation, including pre-screened primary cells for signaling pathway research, advanced 3D cultivation systems and optimized growth media formulae. One particularly interesting development was the recent launch of the Primary Cancer Culture System from PromoCell. According to Wieland, this unique medium “enables active selection of the malignant population from heterogenous primary tissue samples.”

He adds: “Using clever metabolic tricks, we are able to address the cancer-causing population only. This animal component-free culture system is the first available for isolation and long-term in vitro culture of human malignancies – either from xenografts or derived directly from the patient. Furthermore, since the only criteria for selection is malignancy, the heterogeneity of the cancer-initiating population is preserved.”

A gamble that paid off

However, recognizing that immortalized cell lines remain central to most translational research regimens, PromoCell made an interesting decision to develop a unique solution for established cell lines. The result – a potentially paradigm-changing product for cell-based assays.

“The rationale seems, at first, somewhat questionable,” says Wieland. “Some of these immortalized cell lines have been around for almost 70 years – why change the way we practice when it’s been embedded in our experimental practice for so long?”

“But,” he continues, “we’ve realized that there are some fundamental drawbacks to the way that scientists conduct studies with established mammalian cell lines. Whilst they’re an attractive asset in research for their low cost, quick growth, and population uniformity, the animal-based media we so commonly use do not provide an unbiased platform for analysis and comparison.” 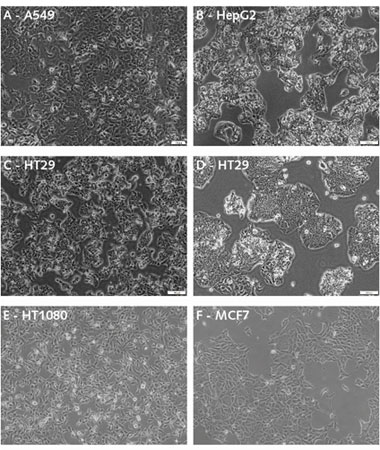 In light of these unwanted phenotypic, genetic, and epigenetic effects, PromoCell sought to develop a defined culture medium compatible with most, if not all, established cell lines.

Two years in the making, this unique solution (the Cancer Cell Line Medium XF) has proven to be extremely successful: “It supports virtually all adherent cell lines we’ve worked with, and our customers are even using it to culture customized cell lines – genetically modified for use in cancer therapy screening applications, for example.”

The only difference in the workflow, Wieland explains, is the culture surface coating prerequisite: “Only a simple extra step is required. Depending on the cell line to be used, fibronectin or vitronectin is applied to the culture surface to accommodate cell adherence and you’re ready to go!

Evidently, Wieland and the rest of his team at PromoCell are dedicated to providing industry and academia with solutions that overcome real-life obstacles in scientific research. With the Cancer Cell Line Medium XF, Wieland is confident that scientists can begin to address the widespread reproducibility and reliability crisis that exists within cell-based assays. Alongside products for more advanced pre-clinical testing on primary cell models, the company has an innovative suite of solutions to offer that is beginning to initiate a sea-change in basic, translational, and pre-clinical research.