Editorial Article: Chosen by you: The most recent Seal of Quality achievements, showcased at AACC 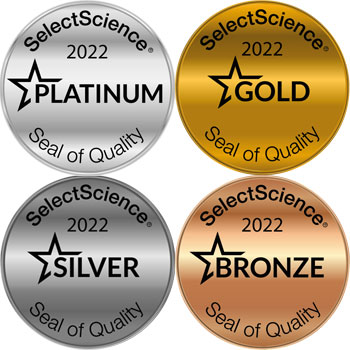 There are four levels of Seal of Quality — Platinum, Gold, Silver, Bronze — which are allocated to products based on the number of reviews they receive from scientists and the average rating of those reviews

The latest laboratory instruments to earn a prized Seal of Quality have been announced at the American Association for Clinical Chemistry (AACC) annual conference, in Chicago, US. These awards have been handed out in recognition of outstanding feedback received from scientists globally.

Seals of Quality recognize the top 0.1% of products that consistently receive the highest customer review ratings on SelectScience® and are designed to help scientists and healthcare professionals worldwide immediately recognize the instruments and services their peers rate the highest.

Zymo Research continues its Seal of Quality success, by achieving four new seals, having already been awarded two seals, a Platinum and Gold, earlier this year. In this latest round of awards, Zymo Research has earned a Gold Seal of Quality for its ZymoBIOMICS™ DNA Mini Kit, having received over 100 reviews, with a respectable rating of 4.7 stars out of a possible 5.

Additionally, three Silver Seals of Quality have also been earned by Zymo Research products. The Quick-RNA™ Miniprep, Quick-DNA™ Miniprep Plus, and DNA Clean & Concentrator®-5 have all earned new Silver seals for receiving 75 reviews or more, with an average star rating of 4.5 or above. Commenting on the Quick-RNA™ Miniprep, Alexandra Thalberg, Georgetown University, said; “Great results, a must-have in the lab!” Zymo Research remains the top-earner of Seals of Quality to date, and it’s clear its success shows no signs of slowing. 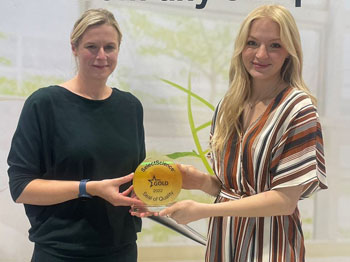 INTEGRA Biosciences has also been awarded a new Seal of Quality, a Gold for the ASSIST PLUS. This pipette holder has received 100 reviews, with an average star rating of 4.7 out of 5. Commenting on the product, advanced reviewer, Aravindh Nagarajan, Texas A&M University, said, “Assist plus has made our lives easy in the lab. It is fully automated and has very less error rate compared to manual dilutions. It is quick and consistent." This is the third Gold Seal of Quality to be awarded to INTEGRA Biosciences.

NanoEntek is another manufacturer that has shown continuing and consistent success when it comes to the Seals of Quality, now achieving a new Gold Seal of Quality for its range of Disposable Hemocytometers. NanoEntek only received its most recent Gold Seal of Quality for its Automated Cell Counters in February. The Disposable Hemocytometers have received 150 reviews, with an overall star rating of 4.7 out of 5.

Welcome to the club

Several companies have become members of the coveted Seals of Quality club for the first time. Gilson, Inc. has been awarded a brand new Bronze Seal of Quality for its PIPETMAN® Classic, its first Seal award to date. The manual pipette has earned this Seal after receiving 50 reviews, with an average star rating of 4.1 stars out of a possible 5. When commenting on the PIPETMAN® Classic, reviewer, Davis Kuchaka, Kilimanjaro Clinical Research Institute (KCRI), said: “I have used Gilson Pipetman Classic for over 10 years. It's robust, easy to maintain and quite versatile. If you want a simple and yet, get the job done pipette, this is a go to.”

Another company to earn its first Seal of Quality is Artel. The MVS® Multichannnel Verification System, has earned a Bronze Seal of Quality, for receiving over 50 reviews, with an average star rating of 4.7 out of 5. Our advanced reviewer, Noreddine Boumediene Merouane, from Seaal Algérie, commented that the liquid handler has, “Good analysis efficiency and result accuracy.”

The final newcomer to the Seals of Quality is Azure Biosystems, earning a Bronze Seal of Quality for the Azure cSeries Gel Imaging Systems, which has received over 50 reviews with a respectable rating of 4.9 stars out of 5.

Your reviews make a difference

The Seals of Quality started in 2017, with the goal to assist scientists in making important purchasing decisions by recognizing the products that have consistently received the highest review ratings. There are now 75 lab products currently permitted to display a SelectScience® Seal of Quality.

New Seals of Quality are announced quarterly and alongside the Scientists’ Choice Awards®.

SelectScience CEO, Kerry Parker, said: “I would like to take this opportunity to thank all our reviewers around the world for sharing their valuable opinions, and also to congratulate these new Seal of Quality winners, who have been recognized by the people who matter most, their customers.”

Meet the winners of the Clinical Scientists’ Choice Awards® 2022>>

Do you use any of these lab products? Share your opinion today by leaving a lab product review>>