Editorial Article: Analyzing Catastrophe: Why Lithium Ion Batteries Explode [and How to Prevent it]

Today, lithium ion batteries are something we are all familiar with, they power our phones, our laptops, our cameras and even our electric cars. With their comparative low weight, low self-discharge and very high energy density it’s clear these batteries are here to stay, at least for now.

But with such a high energy density comes a price, when these batteries fail, they can do so quite catastrophically, leading to fire and even explosions. In a process known as thermal runaway, a series of exothermic reactions can take place within the cell leading to overheating, boiling of the pyrophoric liquid electrolyte and eventually cell rupture. Cases like this have been reported in the media recently with recalls of many faulty consumer electronic devices exploding and, in some cases, causing injury. 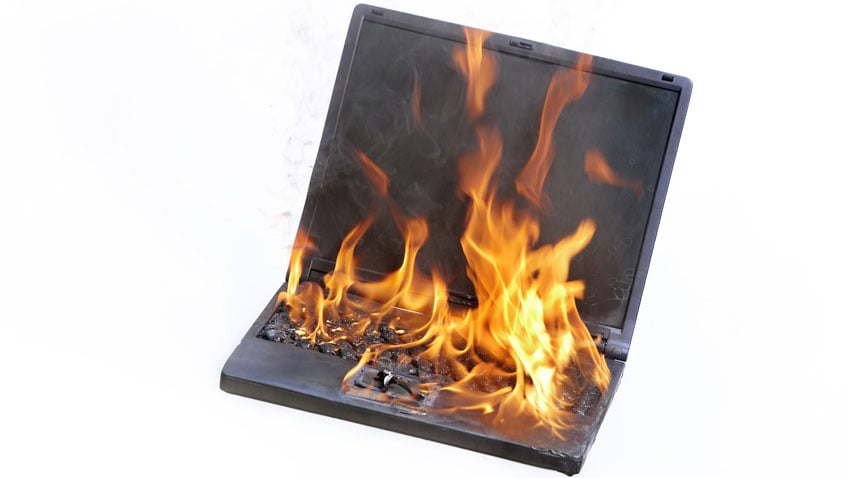 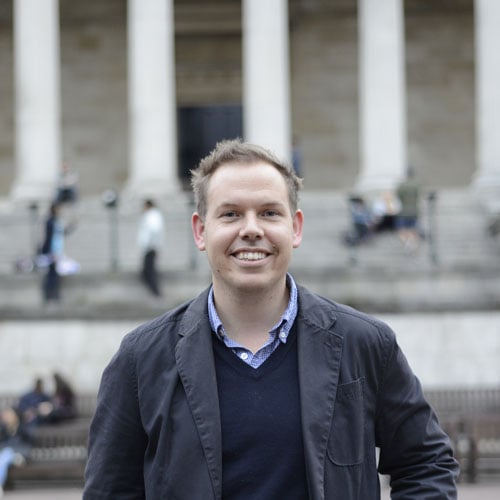 Professor Paul Shearing, UCL, researches the relationship between microstructure and the performance of energy storage devices

With an ever-increasing number of lithium ion batteries around us, it is paramount that we develop an understanding of how and why these batteries fail in order to inform safer design and predictability of operation.

This month, SelectScience talks to Professor Paul Shearing about his pioneering research and global collaborative effort into understanding what happens when batteries fail.

Prof. Paul Shearing is a Royal Academy of Engineering Chair in Emerging Technologies at the University College London, leads the STFC Global Challenge Network in Batteries and Electrochemical Energy Devices and is a founding investigator of The Faraday Institution. His research covers a broad range of electrochemical engineering topics, with a focus on the relationship between the performance and microstructure of energy storage devices, an area in which he has published more than 160 papers in the past 5 years.

To receive more news like this directly to your inbox, join SelectScience for free today

Shearing makes it clear to us from the start that although battery failure can be spectacular catastrophic, it is important to remember that battery failure is extremely rare and that failures in the field are estimated to be between 1 in 10 – 40 million.

“That’s a really, really low chance of failure” Shearing expands “but of course we’re all using lithium ion batteries every day, and with the rise of electric vehicles, there’s more and more lithium ion batteries than ever before. So we really need to understand, even in these very isolated events, what goes wrong, why it goes wrong and how we can prevent it.”

4D X-ray tomography is a non-destructive technique which enables the in-situ cross sectional imaging of samples over time. The use of high energy X-rays allows the user to create a 3D model of the sample at submicron resolution and observe how it changes over time.

Over the past few years, Shearing has worked with the National Physical Laboratory (NPL) to develop new techniques for very high-speed X-Ray Imaging (4D X-ray tomography) of lithium ion battery failure. This allows them to see exactly what’s going on inside the battery during thermal runaway. In combination with this, Shearing also collaborates with the National Aeronautics and Space Administration (NASA) and the National Renewable Energy Lab (NREL) who bring expertise on the thermal and electrochemical properties of battery failure. In concert, they form a correlative approach and are able to build a very in-depth understanding of what happens during thermal runaway in an electrochemical cell.

“It's all part of a wider picture of understanding that is trying to prevent failure from happening in the first place, predict the rare occurrences when they do happen, mitigate their danger and keep them localized.” Shearing explains 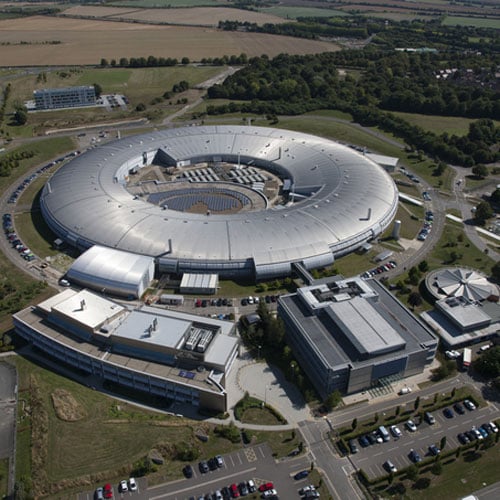 In order to visualize how the failure propagates through the device at very high speeds, Shearing and his collaborators utilize the X-ray imaging capabilities only made possible from a synchrotron source. As such, they have run battery safety projects in both the European Synchrotron Research Facility (ESRF) and the UK’s national synchrotron facility, the Diamond Light Source.

Using the very high X-ray flux generated from the synchrotrons, multiple battery chemistries and geometries can be analyzed under a range of extreme conditions including extremes of temperature, current, voltage and mechanical pressure. In tandem to this, Shearing’s team captures thermal and electro-chemical data simultaneously to build up a correlative picture of the failure event.

“It's quite a broad matrix of how all these conditions ultimately influence the failure, and we can characterize, for example, how likely that failure is to propagate from one cell to a neighbouring cell, what the maximum temperature a cell failure might experience. You know, it's really a whole new platform capability for understanding these failure scenarios.” Shearing reveals.

Setting up for failure – only to discover more

In particular, Shearing and his collaborators utilized the large field of view of the I12 JEEP beamline at the UK Diamond Light Source to investigate the 18650-lithium ion battery, one of the most common formats on the market, powering everything from laptops to electric vehicles. Here, 18650 represents the size of the battery (18mm diameter 65mm tall), differentiating it from conventional sized AA or AAA batteries such that a normal consumer does not accidently swap in a lithium ion battery with a different battery chemistry.

Shearing and his team initiated thermal runaway at predetermined locations inside the cell with an internal short-circuiting device in conjunction with high speed X-ray imaging at 2000 frames per second. With this they were able monitor the failure event and improve their understanding of the failure mechanism and its propagation through the cell.

For the latest material science news, visit our Materials Community >>

Built into the 18650 cell is a bursting valve to relieve internal pressure when the thermal runaway process occurs. One observation Shearing and his team made was that the origin of the thermal runaway event will dictate how effective the valve is in terms of relieving the pressure and whether it can act quickly enough to avoid catastrophe. Furthermore, the expelled detritus can also block up the vents, preventing further escape of gas. This can cause the side-wall of the cell to rupture, which, in turn, can result in cell-to-cell propagation in a battery stack.

Shearing tells us “Understanding the mechanics and the dynamics of how these valves change, how effective they are depending on the position, whether they can react to these high-pressure events quickly enough, all informs us of the chances that you might have cell-to-cell propagation.”

The results, published in Energy & Environmental Science, showed that the design of the cylindrical mandrel in the core of the battery influenced the venting process and indicated that the introduction of a bottom vent on commercial cells could help reduce the risk of rupture and improve the safety of the cell. 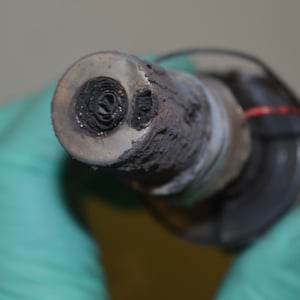 The Future of Batteries

Shearing tells us that our dependence on lithium ion batteries is only going to go up in the immediate future, with a rising demand of consumer electronics and an increase in intermittent renewable energy sources. Also contributing to this increase are government-based directives for vehicle electrification — such as the Road to Zero strategy being implemented in the UK, stopping the sale of petrol vehicles by 2040.

“In all likelihood, people being born today will be getting their driving license in an electric vehicle rather than a petrol-vehicle.” Says Shearing

Shearing notes “What we’ve got at the moment is a pretty well-engineered technology, and I think that the next generation of battery chemistries have actually got a pretty high bar to meet in terms of matching or exceeding the performance of a lithium-ion battery”

One thing is for certain though, whether it’s lithium ion or next-generation batteries, we can all rest easy knowing that Shearing and his team of collaborators are around trying to make our batteries safer.

To receive more news like this directly to your inbox, join SelectScience for free today