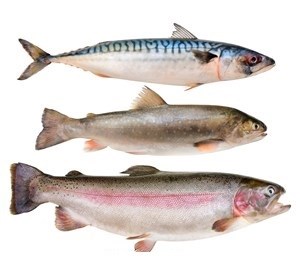 Food fraud is serious global issue that threatens public health and fuels organized crime. But how can you know if what you’re eating has been labeled correctly? One growing area of food fraud is fish fraud – labeling and selling a cheap species of fish as a more expensive species. Science has played a crucial role in protecting and regulating food safety, and the ability to determine a species of fish in a quick and efficient method is invaluable to the food industry. We spoke with Marelize Cruywagen, Support and Development Manager at Kapa Biosystems, about the use of DNA barcoding in order to determine if a fish sample has been adulterated and mislabeled.

What is DNA barcoding?

"DNA barcoding is a method for species identification and involves DNA extraction, followed by PCR and sequencing to determine the genetic sequence of a specific region. Like product barcodes in a grocery store, DNA barcoding uses a short genetic sequence from a standard part of the genome to identify a particular species. The standard part of the genome that is used for DNA barcoding of almost all animal groups is a 648 bp region of the mitochondrial cytochrome c oxidase I gene (COI). The order in which the four DNA bases, A, C, G, and T, are arranged in this 648 bp section is unique for each species, and this allows identification."

"An Oceana study in 2013 of fish sold in restaurants and supermarkets across the USA revealed that a third of the fish samples that were collected had been mislabeled. As awareness among consumers is increased, demand for correctly labeled seafood will increase, forcing retailers to comply. Similar studies have shown widespread fish fraud across the globe. Traditionally, phenotypical characteristics such as size, shape and other morphological features are used to identify species. However, this has immense limitations and is not a useful technique to investigate fish fraud. Now, DNA barcoding is the gold standard method for species identification.

A database of barcodes is necessary to enable researchers to match the barcode of the species under investigation to a known reference. As of May 2014, out of a target of 32,257 species, 10,267 species of fish have already been barcoded1. This is a global undertaking, with scientists all over the world working together to build up the database of barcodes."

How can Kapa Biosystems help?

"At Kapa Biosystems, we develop novel DNA polymerases with improved characteristics over their wild-type counterparts. As far as fish barcoding is concerned, our application note details the use of KAPA Express Extract and KAPA2G Robust HotStart ReadyMix, with standard protocols for fish DNA barcoding. The use of these Kapa Biosystems products eliminates time-consuming DNA purification, and also speeds up the PCR portion of the protocol, allowing researchers to obtain results faster.

KAPA Express Extract is a novel thermostable protease that allows DNA extraction from fish tissues, both fresh and processed, in as little as 15 minutes, without the need for dangerous chemicals typically used in DNA extraction.

KAPA2G Robust HotStart ReadyMix contains an evolved enzyme that has improved tolerance to common PCR inhibitors. The enzymes are evolved using the company’s proprietary directed evolution process, which tailors enzymes to suit specific application requirements. We are able to use this product with crude samples, such as samples processed with alkaline lysis or other rapid protocols for DNA extraction. In addition, KAPA2G Robust is a very sensitive enzyme, allowing even minute quantities of DNA to be amplified with sufficient yields for downstream sequencing. This enables the identification of more species, in less time, with fewer repeat experiments required."

What does the future hold for DNA barcoding?

"In the future, handheld and point-of-service devices for DNA barcoding are very plausible, though challenging, since the technique involves DNA extraction, PCR and sequencing. It is likely that the technique will remain in widespread use as a species identification tool. In addition, regulatory requirements may be introduced to help mandate the barcoding of fish to prevent fraud."