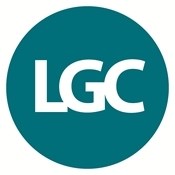 LGC’s patented PCR-based KASP™ genotyping assay is a homogeneous, fluorescence (FRET) based assay that enables accurate bi-allelic discrimination of known SNPs and InDels. KASP assays require no labeling of the target-specific primers / probes, and provide researchers and industry with a clear cost advantage alongside flexibility in assay design. The assays are also compatible with a wide range of liquid handling systems, qPCR instruments and FRET-capable plate readers.

The genotyping technology has more than 2,000 published references in applications including agriculture, disease research, and pharmaceuticals. The following case studies highlight the successful implementation of KASP genotyping to identify SNPs in both agriculture and life sciences research.

Commercial breeding programs
Read how KASP genotyping enabled the research team at the Seed Biotechnology Center, of the University of California, Davis, USA, to identify and selectively breed for pepper strains with SNPs associated with resistance to Phytophthora capsici (Pc), a cause of root rot in pepper. The high throughput and fast turnaround times of LGC’s KASP genotyping service enabled the group to validate and publish their research ahead of the field.

KASP genotyping has also been used to investigate commercial egg-laying chickens for variations in exons 2-6 of the gene encoding the eggshell protein ovocalyxin-32 (OCX32), which has been linked to eggshell features including strength and thickness. The method enabled the rapid detection of a large number of SNPs not previously reported, in a far greater number of poultry lines, and thus encompassing a much larger gene pool.

Mouse genomics
The Jackson Laboratory used LGC’s KASP™ genotyping system to facilitate a key part of its study into the factors controlling the location and relative activity of mammalian recombination hotspots. To provide high-resolution genetic mapping, allowing identification of the gene responsible for hotspot regulation, 165 SNP markers, spaced across the genome at 20-Mb resolution, were genotyped from phenotyped animals.

Diabetes research
Dr Clive Petry, a researcher from the Department of Pediatrics, University of Cambridge, UK, and his team investigated whether the polymorphic variation in the paternally transmitted fetal IGF2 gene is associated with increased maternal glucose concentrations in the third trimester of pregnancy. Learn how the team used KASP technology to overcome previous limitations in detecting polymorphic variation in the fetal IGF2 gene in a murine model, by providing the flexibility of handling any combination of markers.