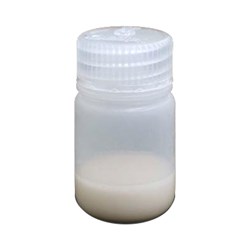 
Average Rating: 4.3
|
1 Scientist has reviewed this product
5 out of 5
Ease of use
5 out of 5
After sales service
3 out of 5
Value for money
Write your own review

Great result, easy to use.

"This product is easy to use, and gives good separation results. it's just that the price is quite expensive for the size of around 15 mL."

SPR-IDA (Suspended Particulate Reagent – Iminodiacetate) is a sample preparation material for preconcentration of trace elements and reduction of high alkali metal (e.g. Na) sample matrix levels. The reagent consists of 10 micron diameter polymer beads that have been chemically derivatized with the iminodiacetate chelating agent. Small aliquots of the reagent can be added in a batch mode to a sample and separated with bound metals by gravity or centrifugation.

The determination of trace elements in liquid samples such as seawater presents a number of challenges for Inductively Coupled Plasma Mass Spectrometry (ICP-MS). The high dissolved solids content (approx. 3.5%) of seawater can supress analyte signal, cause interelement interferences and clog the interface sampler and skimmer cones.

The seawater sample can be diluted, but at the expense of detectability, as some elements of interest in the 5 to 50ppt (ng/L) range. An alternative is a sample preparation that can selectively preconcentrate trace elemets of interest while having much less affinity for major matrix components such as Na, Ca and Mg.

A chelating polymer resin called SPR-IDA (Suspended Particulate Reagent - Iminodiacetate) can be used for preconcentration/matrix elimination of seawater. The reagent consists of 10 microns diameter polymer beads derivatized with the chelating agent iminodiacetate. The beads are supplied as a 10% suspension in deionized water, and can be easily pipetted into a sample. The resin suspension aliquot is typically 0.1ml per 15mL of seawater sample. 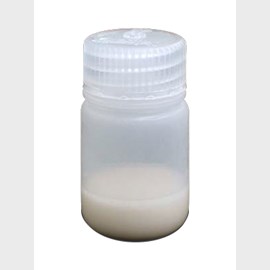 Great result, easy to use.