Manufacturer NanoTemper Technologies  |  Available Worldwide
Be the first to review this product
Prometheus Panta measures thermal unfolding, particle sizing, and aggregation simultaneously, throughout an entire thermal ramp, for high-resolution stability characterization of proteins. You can determine the molecular weight of your samples, find self-association parameters to predict aggregation propensity, and monitor contaminants in preparations. Prometheus Panta combines DLS, SLS, nanoDSF, and backreflection technologies to give you a detailed profile of your protein’s stability. 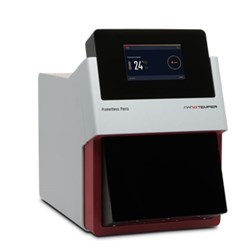 Tsize (from growth of rH in cumulants fit): Temperature at which average particle size begins to increase due to unfolding

PDI: Polydispersity index represents distribution of size populations within a sample, and is used to find impurities or poorly folded protein preparations

kD: The self-association parameter is used as an indication of a protein’s propensity to aggregate at higher concentrations in a given buffer environment

Ea (*derived from thermal unfolding data): Activation energy of unfolding, a parameter that informs on the stability of a protein in a given buffer environment

Reversibility of unfolding: Point at which aggregated protein cannot be recovered and refolded without other chemical means 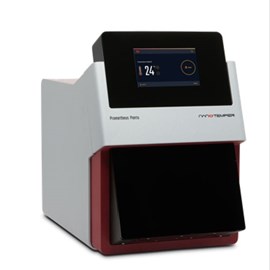