Manufacturer Bruker BioSpin  |  Available Worldwide
4.4
/
5.0
|  6 reviews
|  Write your own review
The AVANCE NEO represents the next generation in the very successful AVANCE series product line, which has established Bruker as the global technology and market leader in NMR. 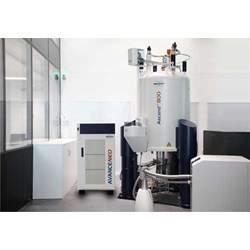 
Average Rating: 4.4
|
6 Scientists have reviewed this product
4 out of 5
Ease of use
5 out of 5
After sales service
4 out of 5
Value for money
Write your own review

For NMR metabolomics and not only, Bruker NMRs and software are the best!

"Bruker NMRs are just a pleasure to work with. Allowing flexibility to the user or using pre-defined settings when needed. Very robust and extremely reliable"

"The new NEO spectrometer is fairly robust from a hardware prospective, although issues have arisen with RF amplifier and integration with existing infrastructure (even from the same vendor). TOPSPIN software is relatively backwards compatible with previous versions, though there are some wrinkles and occasional permissions issues. PARAVISION software is not backwards compatible, and is significantly different from pervious generations. Generally, there is a lack of flexibility. There is simultaneously more reporting on status but less overall ability to implement or utilize new capabilities. Several analysis and acquisition tools have been eliminated from previous versions. Be aware."

With out NMR, no more research.

"It is one of the best products available in this segment of the market."

"NEO architecture is quite advanced and sound. Initially software issues have been largely resolved. Some compatibility issues with older instrumentation. There is a steep learning curve on new software and it may not be as flexible as previous iterations. Price/cost is high."

This instrument is a must to have for every company doing chemistry.

"Achieves high quality data, easy to use. Good value for money since it can be used for many years. Great support service from manufacturer."

The AVANCE NEO is based on a ‘transceive’ principle, meaning each NMR channel has both transmit and receive capabilities. So each channel is its own independent spectrometer with the full RF generation, transmission and receive infrastructure. This architecture provides the greatest flexibility in terms of instrument configuration and multi-channel operation. Multi-receive experiments are easily implemented with this new approach.

Also new in the AVANCE NEO is the concept of an embedded acquisition server and an associated client-server software architecture (TopSpin 4 and higher). This leaves  the spectrometer independent of the client computer, thus giving the user the opportunity to control the system via operating system and location of choice (as in principle one could control the system via the cloud).

With the frequency range now extended to beyond 1.5 GHz, and with various functional enhancements in setup, diagnostics, memory buffers etc, the AVANCE NEO is well positioned to serve as the research platform of choice for the current and the next generation of NMR spectroscopists. 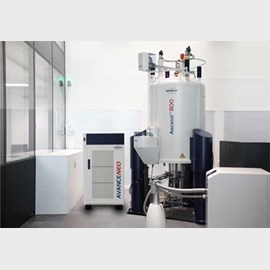 For NMR metabolomics and not only, Bruker NMRs and software are the best!