Product News: Onxeo receives Notice of Allowance for a new patent broadening the protection of AsiDNA in combination with a PARP Inhibitor in the United States 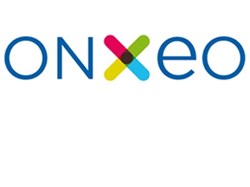 Onxeo S.A., a clinical-stage biotechnology company specializing in the development of innovative drugs targeting tumor DNA Damage response (DDR), in particular against rare or resistant cancers, has announced that it has received from the U.S. Patent and Trademark Office (USPTO), a Notice Allowance for a patent which enhances in the United States the protection of AsiDNA™, its first-in-class inhibitor of tumor DNA repair, in combination with any PARP inhibitor (PARPi). This patent protects both the combination of AsiDNA™ with a PARPi and its use for the treatment of certain cancers for which the DNA repair pathway via homologous recombination (HR) is not impaired or deficient. These so-called HR-proficient tumors are significantly less sensitive to treatment with PARP inhibitors.

This new patent completes, in a key territory, the already robust patent family protecting AsiDNA™ in combination with PARP inhibitors. It will provide a term of protection until 2036.

The DNA repair pathways, BRCA-dependent homologous recombination pathway and PARP pathway, are complementary and essential for tumor cell survival and proliferation. If one pathway is deficient (homologous recombination by BRCA mutation) and the other is blocked by a PARP inhibitor, the tumor cell dies. This deadly combination of two genetic mutations, called synthetic lethality, is a prerequisite to PARPi efficacy.

This patent is based on the fact that AsiDNA™ is able, through its original mechanism of action, to hinder DNA repair pathways, including the homologous recombination pathway. AsiDNA™ thus induces a context of "HR deficiency" needed by PARPi to be effective, regardless of the initial genetic context of the tumor.

"This patent represents a further recognition in the strategic US market of the very original properties of AsiDNA™. We have already started the clinical demonstration that AsiDNA™ has the potential to reverse the resistance acquired to a PARP inhibitor, notably thanks to its effect on the drug-tolerant cells who play a key role on acquired resistance. The drug-induced synthetic lethality provided by AsiDNA™ opens an important new application to our lead product. Indeed, extending the efficacy of PARP inhibitors to the important group of HR-proficient patients could represent another major therapeutic opportunity,” said Judith Greciet, Chief Executive Officer of Onxeo.

PARPi have demonstrated a real clinical benefit1, particularly in the treatment of ovarian cancer with BRCA mutations, but this benefit is much reduced, or even insignificant, when homologous recombination remains active, which is the case in about 50% of patients2