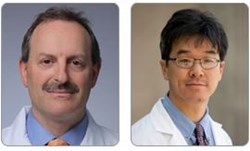 Helping doctors monitor their melanoma patients’ progress in response to treatment is just one of the many exciting applications of Bio-Rad’s Droplet Digital PCR (ddPCR™) technology being showcased at the 2014 American Association for Cancer Research (AACR) Annual Meeting taking place in San Diego, CA from April 5–9.

Introduced less than three years ago, ddPCR is rapidly gaining acceptance within the cancer research community. In fact, from 2012 to 2013, the number of cancer research papers involving ddPCR has nearly quintupled.

“We’ve recently seen a flurry of research involving quantification of mutant cancer genes and miRNAs in plasma and serum — i.e. liquid biopsies — and the use of the technology to measure a patient’s response to drugs,” said Viresh Patel, senior marketing manager with Bio-Rad’s Digital Biology Center.

Scientists from six academic and medical institutions — and Bio-Rad’s own scientists — will present eight posters at AACR highlighting their advances in cancer research using ddPCR.

Using ddPCR to Track Treatment Response in Melanoma Patients
BRAF is a gene frequently mutated in melanoma, which in 2014 will take the lives of nearly 10,000 Americans, according to American Cancer Society estimates. In contrast to some other cancers, there are no effective blood tests to monitor disease progression. A study presented by Dr. David Polsky and his collaborators at the New York University Langone Medical Center shows that ddPCR can be used to track the levels of mutant BRAF DNA in the blood of melanoma patients undergoing treatment. Specifically, their results show that levels of mutant and total BRAF DNA in the plasma of patients with stage IV melanoma change as the disease progresses. The study also demonstrated that ddPCR could be used to quantify those changes, showing promise that this assay could be used to predict disease progression.

Comparatively Easy Quantification of Genetic Aberrations and Other Promising New Applications of ddPCR
A research group headed by Dr. Hanlee Ji, an assistant professor at the Stanford University School of Medicine, will present a new ddPCR method that allows researchers to investigate genetic aberrations without using traditional fluorogenic probes. His research group developed a new technique using a nonspecific DNA binding dye that is faster and more cost-effective than the use of TaqMan hydrolysis probes for applications such as copy number variation (CNV) and single nucleotide variation (SNV) assessment. This has broad applicability for the assessment of genetic aberrations associated with cancer.