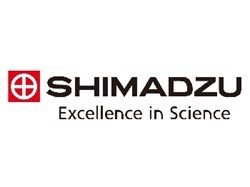 Shimadzu is celebrating 30 years as a leader in the development of matrix-assisted laser desorption ionization time-of-flight mass spectrometry (MALDI-TOF MS). This technology has become ubiquitous in analytical and clinical laboratories because of its versatility, ease of use, low operating costs and unique capabilities.

The innovative MALDI-TOF MS technologies and applications developed through Shimadzu Corporation (Kyoto, Japan) and its subsidiary Kratos Analytical (Manchester, UK) have led to the creation of invaluable tools that have found global utility.

Shimadzu’s involvement in MALDI-TOF MS began with the groundbreaking research by Koichi Tanaka, et al. in soft desorption ionization methods, which was published in Rapid Communications in Mass Spectrometry, Number 8, Vol 2., 151-153, and for which Tanaka was awarded the Nobel Prize in Chemistry in 2002 (shared with John Fenn and Kurt Wüthrich). The first commercialization of MALDI-TOF MS by Shimadzu began in 1988 as a result of this research with the launch of the LAMS-50k. This was not only the first commercially available MALDI-TOF mass spectrometer, but also enabled detection of polymers and biomolecules up to 100,000 Daltons, a previously unachievable feat by mass spectrometric methods.

Through the years, Shimadzu and Kratos Analytical have continued to lead the way in MALDI-TOF MS product development. Innovations include:

"The trend for MALDI-based diagnostic methods, often requiring simpler instrumentation, is expected to grow over the coming years. With the launch of our benchtop MALDI-8020 instrument and simple-to-use software for automated analysis, we are ideally positioned to meet this demand and help shape the future of MALDI-TOF mass spectrometry," said Mr. Kozo Shimazu, Managing Director of Kratos Analytical.

Do you use mass spectrometers from Shimadzu in your lab? Write a review today for your chance to win a $400 Amazon voucher.