SelectScience is excited to be attending AACR 2017, Washington D.C., USA 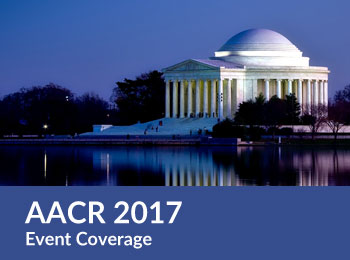 SelectScience is attending the American Association of Cancer Research Annual Meeting 2017 to interview key opinion leaders and report on new technology launches. Taking place from April 1 – 5 in Washington, D.C., AACR highlights the best cancer science and is the largest meeting in the world devoted to the prevention and cure of cancer.

SelectScience will be announcing the winners of the Life Sciences Scientists’ Choice Awards 2017 at a special ceremony on Monday, April 3. Launched in 2007, these coveted annual awards aim to highlight the lab products and manufacturers that have made the biggest difference to global scientific progress over the past year. Scientists around the world are invited to voice their opinions by nominating, voting and reviewing online.

Plus, look out for the new session formats that have been introduced at AACR, including ‘Unsolved Mysteries’, which links basic science researchers to clinicians. Another important feature is the annual Presidential Select Symposium, which this year will focus on cancer burden disparities.

Over 400 exhibitors from across the globe will be displaying their latest innovations in laboratory and clinical research. SelectScience will be visiting their booths to interview the scientists behind the new instruments and technologies.

Keep an eye on our dedicated AACR 2017 page for: