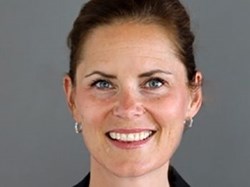 Pre Diagnostics AS, a health tech company developing novel blood tests for neurodegenerative diseases, has announced that its PreADx immunoassay for early detection of Alzheimer’s Disease has successfully completed a clinical evaluation. The company now plans to further optimize the assay in advance of CE marking in Q2, 2021.

Unlike plasma or serum-based assays, PreADx takes an intracellular approach and measures the clearance of beta-amyloid peptides by analyzing a patient’s monocytes. The monocytes are a part of the innate immune system, and stem from the same cell lineage as the microglia and macrophages that clear plaques in the brain. In the blind evaluation of 62 well-characterized samples and controls from the Norwegian multicenter study “Dementia Disease Initiative”, PreADx achieved an ROC AUC of .81 in distinguishing healthy controls from Alzheimer patients. This is in line with the generally recognized threshold for diagnostic accuracy and opens the way for development of a much-needed new wave of early Alzheimer’s Disease assays.

“In both my clinical work and the Dementia Disease Initiative, I have seen the pressing need for more early diagnostic tools. I am pleased to see that the concept of extracting relevant information about neurodegenerative diseases from monocytes first discovered back in 2009, now has been validated in this study. I believe integrating AD diagnostics with innate immunity may also be helpful for precision medicine strategies ” comments Professor Tormod Fladby, MD PhD, main inventor and Head of the Department of Neurology at Akershus University Hospital.

“Beta-amyloid aggregation is generally considered the first pathological sign of the disease which is why we believe that a validated non-invasive immunoassay that can detect this will prove an invaluable front-line tool for improving Alzheimer’s Disease detection and treatment,” says Charlotte Berg-Svendsen, CCO, Pre Diagnostics AS.

“In preparation for CE marking we will now run further samples using an optimized version of the assay, which should also lead to increased accuracy. Further analysis will also give us a better picture of the potential clinical utility of this new biomarker, both alone and in combination with gender, ApoE and age.”