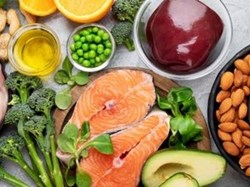 Zinc deficiency is prevalent around the world, and among children, these mineral shortfalls can lead to stunting, embryonic malformations and neurobehavioral abnormalities. Over several decades, science has improved understanding of zinc metabolism, but an accurate, comprehensive assessment tool for its physiological status within a human body has remained elusive. Until now.

To accurately calculate from biomarkers the physiological status of a subject, Cornell food scientists have developed a new evaluation method: the Zinc Status Index.

The human body needs zinc to boost immunity, regulate metabolism and to help heal wounds, but more than 1 billion people – or about 17% of the global population – suffer from dietary zinc deficiency. The World Health Organization asked the world’s scientists to create such a robust test to determine – accurately – if someone is zinc deficient.

“With global food insecurity and increasing domestic obesity rates, malnutrition is hitting vulnerable and low-income populations. These issues are a major concern, as they can lead to dietary zinc deficiency,” said Elad Tako, associate professor of food science in the College of Agriculture and Life Sciences, who developed the index with first author Jacquelyn Cheng ‘15, doctoral student in food science, and Haim Bar M.S. ’10, Ph.D. ’12, associate professor, University of Connecticut. “Because of the complexity and sophistication of zinc metabolism, it is very difficult to accurately measure zinc status.”

The paper, “Zinc Status Index (ZSI) for Quantification of Zinc Physiological Status,” is reported in the Sept. 27 journal Nutrients.

“This research presents a significant advancement in the field of zinc nutrition and the associated physiological status,” Cheng said. “Using the Zinc Status Index will provide a better understanding of the challenges that are linked to poor zinc nutrition, and improve the ability to quantify the impact of dietary interventions aimed at alleviating zinc deficiency.”

The Zinc Status Index incorporates a statistical model and hinges on three pillars:

The ratio of linolenic acid, a fatty acid, to dihomo-gamma-linolenic acid ratio, another fatty acid – known as the LA:DGLA ratio, a Cornell-developed biomarker reported in 2014 by the Tako lab team (Spenser Reed ’14, first author) – indicating the subject’s physiological status;
Gene expression of zinc dependent proteins, that are affected by zinc status; and
The gut microbiome as an additional tool to reflect zinc physiological status.
Further, Tako’s group showed that mild zinc deficiency could alter gene expression in the body, and that the intestine’s microbial environment is crucial for zinc metabolism. A lack of zinc adversely affects the composition of intestinal microbial populations.

It is possible to detect severe zinc deficiency, Tako said. “However, it is difficult to differentiate between mild and moderate cases of zinc deficiency,” he said. “Therefore, relying on only one biomarker may sometimes be an issue, which has led us to think how we could develop an accurate zinc status index, based on a panel of predictive biomarkers.”

Tako is concerned about undernourishment around the world and over nourishment in the United States. Undernourishment can bring about zinc deficiency globally, particularly among vulnerable populations, including children. “Malnutrition is something that is becoming more of an issue in the U.S.,” he said, “particularly the double burden of malnutrition that basically connects obesity and mineral deficiencies, which means zinc and iron.”

Want the latest science news straight to your inbox? Become a SelectScience member for free today>