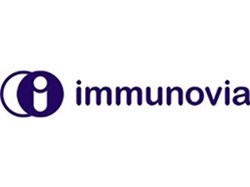 Immunovia AB has announced that the optimization work for the commercial version of IMMray™ PanCan-d, designed for early detection of pancreatic cancer (PDAC), has been successful and significantly improved the performance of the test. The test now shows accuracies higher than 90% and even up to 98% in differentiating PDAC of stage I through IV versus the large symptomatic risk groups, i.e. patients with non-specific but concerning symptoms, including type II diabetics, results which has never been reported before in the pancreatic cancer field.

“We are extremely pleased to share the results from the optimization work.  All of us at Immunovia have worked very hard and have achieved very satisfying accuracies in our target risk groups with conditions that best mirror commercialization. This is a milestone achievement for the company and a crucial step towards early detection of pancreatic cancer,” commented Mats Grahn, CEO, Immunovia.

“This is not only a milestone for us, but also a major breakthrough in the global quest for a reliable non-invasive blood test for early detection of cancer. This study, performed in collaboration with Prof Stephen Pereira of the University College of London, is the first to achieve such results with these high-risk patients. This collaboration, also known as PanSYM-1 pilot study, covered a large group of patients with non-specific but concerning symptoms, attending secondary care centers and endoscopy / gastrointestinal units, including the new onset type II diabetics,” concluded Mr. Grahn.

“We agree that these results mark a major step towards diagnosing pancreatic cancer at a resectable stage,” stated Professor Steve Pereira. “Being able to include our cohort of symptomatic PDAC patient samples instead of just healthy individuals mirrors for the first time the “real world” situation we are faced with in clinics. Having a non-invasive blood test to differentiate non-PDAC from PDAC individuals with a high probability at an early stage will be invaluable,” concluded Professor Pereira.

About the Optimization Results

The study was performed to differentiate PDAC (pancreatic ductal adenocarcinoma) individuals from healthy individuals, as well as to differentiate non-PDAC symptomatic individuals, including diabetics from PDAC ones. The study was set up to mirror the clinical, commercial testing situation and included a total of 937 samples comprising 150 PDAC-, 570 symptomatic controls and 217 healthy individuals.
After the optimization of the pre-analytical conditions and the algorithms, IMMray™ PanCan-d could detect the PDAC samples of stage I through IV from the non-PDAC symptomatic and healthy ones with accuracies higher than 90% and up to 98% differentiating the different stages and control groups, including for the first time type II diabetics.

Additionally, tests were performed in parallel on all the samples with CA19-9, the only tumor marker recommended by American Society of Clinical Oncology, to monitor patient after surgical resection.
Immunovia’s IMMray™ PanCan-d biomarker signature in combination with CA19-9 improved accuracies even further. These preliminary combination results will be further confirmed in the next steps of the development of IMMray™ PanCan-d.

The optimization study was conducted with the highest quality fresh samples available and made possible through Immunovia’s extensive key opinion leader collaboration network, particularly with Prof. Stephen Pereira, Professor of Hepatology and Gastroenterology at University College Hospital London (UCL) Institute for Liver and Digestive Health. UCL is the home of the ADEPTS Study (Accelerated Diagnosis of neuro Endocrine and Pancreatic Tumours) funded by Pancreatic Cancer UK and a major proponent of the UK’s NHS long term plan to improve rates of cancer detection.