As a cryogenic supplier, Air Products looks at both modes of sample storage and compares them in terms of accessibility, reliability and temperature 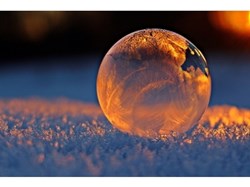 For the long-term storage of biological samples at -80°C, historically there has only been one option: upright, mechanical compressor-based sample freezers. Nitrogen vapour freezers have arrived as an alternative, with no liquid nitrogen held within the freezer, these vary from the traditional cryogenic liquid nitrogen freezers. Whether the samples in question are stem cells, reproductive cells or other biological samples, every researcher will have their preferred storage method. As a cryogenic supplier, Air Products looks at both modes of sample storage and compares them in terms of accessibility, reliability and temperature.

What is the difference between nitrogen vapor and mechanical freezers?

Meanwhile, nitrogen vapour freezers are closer in design to liquid nitrogen freezers, which have a circular profile, to allow access sample racks are placed on a turntable within the freezer. Where nitrogen vapor freezers differ, is in the incorporation of a heat exchange system which uses the vaporisation energy of LN2 as a coolant.

Using this method of storing samples in nitrogen vapour rather than liquid, allows much more flexibility in temperature with the ability to store samples between -20 and -150°C. The set temperature can be held almost indefinitely so long as there is a supply of LN₂.

Samples are easily accessed through a lid which can be opened at the top of the freezer, and a turntable within allows access to the relevant sample rack. Mechanical freezers are often preferred  by researchers who require regular, frequent access to samples.

The drawbacks of mechanical freezers

Despite the sample retrieval benefits mechanical freezers offer, they also come with a host of drawbacks. For one, mechanical freezers are limited in the temperatures they can reach. Operating a compressor-based freezer even at temperatures of -80°C has significant energy requirements and can put a strain on the units components. This has a noticeable environmental impact, even before you consider the necessity of a HVAC system to remove excess heat generated by the freezer.

The most concerning drawback of mechanical freezers and the one which keeps researchers awake at night is their lack of redundancy. If the power is cut, or the freezer malfunctions, samples can quickly become non-viable. Sometimes, this can happen without warning.

In 2012, a freezer at the Harvard Brain Tissue Resource Centre failed, damaging one-third of the world’s largest collection of donated autism brain samples in the world. Despite the external thermostat reading -80°C, the temperature inside was closer to that of a domestic refrigerator. The fault was only discovered when researchers manually investigated.

Professor Carlos Pardo, Associate Professor of Neurology at Johns Hopkins University and neuropathologist, said the failure set autism research back by a decade.

The failure rate of nitrogen vapor freezers is much lower because they have less mechanical parts.  Whilst they do require a small power source for the control panel, this can run on battery back-up thus ensuring the safety of samples within. Assuming the freezer receives a constant supply of liquid nitrogen, it will continue to operate and keep samples frozen.

Nitrogen vapor freezers can be supplied by tanks stored outside of the laboratory, which can be topped up with regular deliveries of liquid nitrogen as required.

Simply opening the door of a compressor-based freezer can change the temperature of the interior. This can be hazardous for very fragile samples. If the power is cut, then samples can be spoiled in a matter of hours. In contrast, modern nitrogen vapor freezers can retain their very low temperatures for an extended period. For example, the MVE Variō™ is so well insulated that when operated at -80°C, it would take four days for the temperature to rise to -60°C even without a liquid nitrogen supply.

If a failure does occur, repair of nitrogen vapor freezers is usually quick, simple and inexpensive, as there are no expensive compressors or motors to replace.

Temperature is the main division point for proponents of both storage modes. As mentioned above, compressor freezers generally operate at around -80°C. To run them at lower temperatures is possible, but this puts additional stress on the motor and can often lead to failure.

Nitrogen vapor ULT freezers such as the MVE Variō™ freezers can comfortably store samples at temperatures as low as -150°C. This is far beyond the glass transition point of water (-135°C), below which virtually all biological functions cease. This is considered by many to be the only way to ensure samples do not degrade over time.

Some storage banks will take advantage of the benefits of both modes for their samples. Freezing samples too quickly can damage the cell membranes, in some cases a compressor freezer can be used to gradually lower the temperature of the samples before they are placed in long term LN₂ storage. This isn’t something that is normally possible in a liquid nitrogen freezer, however a nitrogen vapor ULT freezer has the ability to vary the temperature. Enabling samples to be gently lowered to the desired temperature where they can either be stored long term or readily transferred to a traditional LN2 freezer.

Both modes of sample storage have their supporters and detractors, and each mode has both pros and cons depending on a number of factors including accessibility, reliability and temperature.

What is for certain is that, for medium to long-term storage of vital samples, nitrogen vapour freezers offer a greater degree of flexibility than mechanical or LN2 freezers, whilst also offering the reliability of a traditional liquid nitrogen unit.