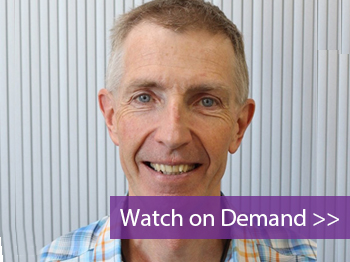 Shiga toxin-producing Escherichia coli (STEC) is a common pathogen found in ruminant animals that can lead to contamination of meat and milk during harvesting and processing. It can also contaminate other foods such as fresh produce if the water is contaminated.

In this on-demand SelectScience webinar, Roy Betts, Microbiology Ambassador, Campden BRI, discusses the impact STEC has on our global food supply and what industries need to do to protect their organization, brand, and customers.

Read on for highlights from the Q&A discussion or register to watch the full webinar on-demand.

Q: What foods would be the major issue with respect to STEC?

RB: When STEC first became an issue back in the early 1980s, it was related to E. coli O157, which we referred to as the burger bug. It was related to beef burgers, minced beef products, and so on. That was where our major testing thrust was placed.

Over the years, we have seen O157 and STECs associated with a whole range of foods: dairy products, fresh produce, and a range of different meat types. It was spread from a particular animal type, into other food types, even sprouted seeds and flour. We cannot look at any food group and exclude O157.

We don't usually see the group appearing in poultry particularly, but more or less any meat product, milk, dairy products, and certainly fresh produce from contaminated water supplies. I don't think we can exclude anything as being not a risk. Some things are higher risk, such as animal foods, and fresh produce through contaminated irrigation water.

Q: Is testing for O157 a useful thing to do with respect to consumer safety?

RB: When we started seeing issues with STECs, it was all related to E. coli O157, and that spawned the development of a range of methods, both standard methods and rapid methods that looked for E. coli O157 and E. coli O157:H7.

Now we firmly understand that whilst O157 is still a serogroup that causes more illnesses than any other single serogroup, we have a whole range of different serogroups that cause illness. If we just test for O157, and Escherichia O157, we are in danger of missing other contaminating serogroups of Shiga toxin-producing E. coli, which could be a human pathogenicity risk.

RB: Yes, it would take a bit of searching through the literature to find out which serogroups are linked with a particular food type. You may see some change in the direction slightly. You do see different patterns of STEC serogroups in different countries.

We have looked at the data from E.U. and the U.S. and there are variations in the serogroups that cause the highest number of illnesses. You may also see some link to particular food types, but it would take a bit of background literature work to work out which is which.

Q: How efficiently could HACCP be effective for its control?

RB: It depends on what the food type is. With products that are produced in food production environments in factories with controls that can be put into place, HACCP could be employed to reduce and manage risk. If you start to move towards fresh produce, then there is an enormous question mark as to whether you have any critical control points in the production.

There is nothing there that you could point to that would eliminate or reduce the amount of hazard. In certain types of food, HACCP can be used effectively to reduce the risk from that particular hazard, but there are some foods where this question would arise: How can we employ HACCP if we haven't got effective CCPs?

Learn more about the impact of STEC on the global food supply chain: Watch the webinar on-demand >>