Expert Insight: The impact of new SARS-CoV-2 test method validations in the fight against COVID-19 in the food industry 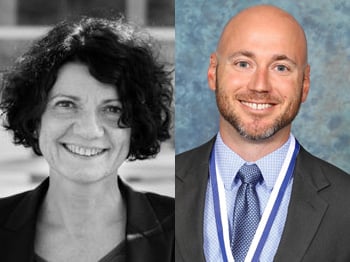 While some food industrial segments have faced contamination issues among co-workers, emergency responses were set up to support hygiene monitoring. According to the CDC, "Worker infection prevention recommendations are based on an approach known as the hierarchy of controls. This approach groups actions by their effectiveness in reducing or removing hazards. In most cases, the preferred approach is to eliminate a hazard or processes; install engineering controls; and implement appropriate cleaning, sanitation, and disinfection practices to reduce exposure or shield workers.”

Q: Will the methods that you discussed detect a new SARS-CoV-2 variant in the UK, South Africa, and Brazil?

PB: As part of my presentation, we discussed that we were going to be asking method developers to submit additional data as new variants become available to make sure that their sequences are able to detect those variants. To my knowledge, according to our initial outreach, we do know that the methods that have been certified are able to detect these three new variants with pretty strong (greater than 99%) matching rates. So, we're excited to have that news and it's something that will go on to their certificates as they update them.

PB: I think that question itself is really going to be difficult to answer from a single regulatory agency's perspective. I do not anticipate in the U.S. that they will mandate any testing or environmental monitoring for SARS-CoV-2. I do think for other countries, globally, we will see some sort of regulation, or at least recommendation, to do that. That's what's happened in the U.S. The CDC has given recommendations on how to monitor the environment. While it's not a mandate, I see that being the first step that other countries may require that testing.

Q: Are there any flaws at all in the study design that you would change in retrospect?

PB: One of the concerns we had with the study is the ability to confirm presumptive results. I would have really liked to have seen us being able to determine if the methodology was able to detect live intact infectious virus, versus just RNA fragments. We weren't able to discern that from the study.
I am working with members of the Thermo Fisher team and the greater micro and food safety community to help develop guidance for virus testing because we don't necessarily have standardized validation guidelines for that. So, as we move to do that within the ISO community, hopefully, that will answer some of the concerns I had about this. I'm very proud of the way the study was designed and developed, but the inability to confirm presumptive samples would be the biggest flaw I see.

Q: Is this particularly prevalent in the food industry?

DS: It's difficult to establish prevalence because, as mentioned by Pat and myself, COVID-19 is not a foodborne virus. However, there is already data showing that over the past year, there was some contamination in workplaces, for instance. In the UK, in September 2020, there was a report mentioning over 1,500 cases, if I'm correct, which unfortunately, this led to six fatalities. I think something similar also happened over three months in the U.S. last year, between March and May. Government bodies were able to record 9,000 cases in food manufacturing. This means that we were not only talking about contamination within the workplace, maybe from contaminated surfaces, but also human-to-human direct contamination.

Q: What exactly do you mean by assays with multiple targets versus viral RNA fragment methods?

SPB: When we discussed the results with the experts, specifically those that have been involved with the CDC in developing their assays or assays in their own federal agencies, we sometimes saw large discrepancies in results between what we're calling our reference method, and the candidate method. The candidate method often only required one target, but some had multiple targets in different regions. Whether that was the N1 and N2 region, whether it was SO and N regions we don’t know, but regarding their ability to detect the organisms, I can't say they had a lower limit of detection, but we feel that based on some of the data they were able to detect the viral particles that were out there, fragments of that particle that may have started to be denatured on the surface because they could go after many of the different targets, whereas our reference method required both the N1 and N2 to be positive, so it's more likely that if it was capturing both of those, it would still be intact virus, or the virus would be in healthier condition.

It's important to note that these are environmental monitoring assays. They're not clinical assays, so the idea of knowing that it's been in an environment, whether it's still active or not is crucial to food body organizations making decisions about their cleaning processes and their employees. So, really, the approach that the proprietary test kit companies have taken, the way they have designed their assay is really important for keeping the food industry open and safe during production times

Learn more about SARS-CoV-2 detection for environmental monitoring: Watch this webinar on demand>>