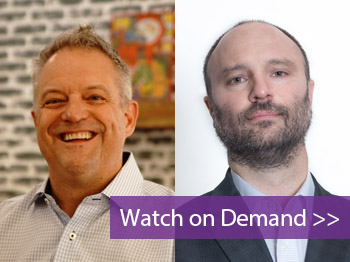 In this SelectScience® webinar, now available on demand, Dr. John P. Wilson and Dr. John D. Laycock take a look at how the Tecan Resolvex®A200 operates and how easy it is to use, and outline how the combination of the A200 and the S-Trap™ sample preparation system affords a standardized, universal system.

Read on for highlights from the Q&A discussion and find out how to achieve high reproducibility and throughput at low cost, without change of protocol.

How much bench space does the A200 take up?

JL: I don't have the exact dimensions in front of me but the A200 was designed to fit inside of a chemical fume hood, so it is no more than 22 inches deep, and it's approximately 14 inches wide. So, a rough estimate is around 14 by 20 footprint in inches.

Can you provide an example of the dispensing speed of the A200?

JL: The A200 is equipped with two 25 ml syringes. If you take the example of a 96-well plate, we can fit enough liquid into both syringes with 50 ml to put 500 microliters across the 96-well plate, and with the multi-dispense function, the dispensing takes about 30 seconds. Bear in mind too that the A200 can multifunction, so during a pressure profile, if the next step is a liquid handling step, the syringes will go ahead and prime themselves and fill up with the appropriate liquid for the liquid step following a flash step. In other words, as soon as the flash is completed, the syringes will be primed, ready to go, and then that liquid can be dispensed right into the plate.

JW: PEG is a polymer and I'm sure anybody who's worked around mass spec long enough has seen it. The answer is yes, it will remove PEG. It will remove polymeric surfactants as mentioned, and I personally put 10% or 15% PEG through it and then put a sample on an Orbitrap - it does remove it.

Can the S-Trap handle samples with glycerol?

JW: Yes, the S-Trap will handle glycerol as well as other viscous substances. Glycerol is often encountered if you are performing services when people bring blue samples, that is samples that have been prepared for SDS-PAGE and all of the blue, glycerol, and SDS goes through, whereas the protein remains trapped. It is washed and can be further processed to peptides, so yes.

Is all of the SDS removed by the S-Trap?

JW: Yes, as far as we know, all of the SDS is removed by dye-binding assays and also mass spec. We are unable to detect it by our methods, and the fact that you can run hundreds of samples and your columns are still behaving the same suggests that the procedure has worked and all of the SDS has been removed.

Have you compared your method to the SP3 protocol?

JW: SP3, another technique that uses SDS. Yes, we have. As a bead-based technique, SP3 will always have higher variability than a solid-phase surface. We have a lot of customers who have tried to get SP3 to work and sometimes it works great, and other times it works really poorly.

What I would say about SP3 is the variability of sample prep is much higher than with the S-Trap. I personally prefer techniques that have the highest levels of reproducibility, and I don't want to be handling beads if I can avoid it, and the S-Trap allows us to do that.

Is it compatible with the Fluent 780 model?

JL: Yes, as far as we know, the system is compatible. There is a driver with the Fluent software and our integration group in Switzerland has the capabilities to integrate the A200 into the Fluent system. We don't currently have one in our lab in California, we're operating with the EVO platform, but we do have plans to have Fluent in our lab in the near future as well.

What is the protein binding capacity of each S-Trap spin column?

JW: The microcolumn is for 100 µg and under, the mini is designed for about 100 to 300 µg, and the midi is designed for more than 300 µg. I personally loaded it with ridiculous amounts of protein, like 10 mgs and that was not a very good idea, so I would stay under a milligram. It will handle larger amounts, but it just takes a long time for the washes to complete, so I would recommend against that.

Is the protocol for processing S-Trap plates on the A200 available for download?

JL: We currently don't have the protocol available for download. However, we are actively working on a very well-defined protocol. It is the subject of our poster for ASMS. As far as protocols, typically, our application chemists will be able to provide the pressure profiles that we've used in our lab to customers that want to use them. I would have to speak to our, marketing and regulatory folks about exactly what we can provide with the protocol, but we're happy to provide all the details we can.

Learn more about automating your proteomics sample prep: Watch this webinar on demand>>