Celebration, communication and innovation - plus a time-travelling car - make it a forward-looking show to remember in Florida

Academics, industry leaders and lab scientists from over 90 countries worldwide attended Pittcon Conference & Expo 2018. With exhibitors showcasing the latest innovations in analytical and lab instrumentation, from sample containers to chromatography systems, the conference hall was packed with colorful booths and the buzz of conversation. Read on to discover some of our highlights from the three-day event in Orlando, USA. 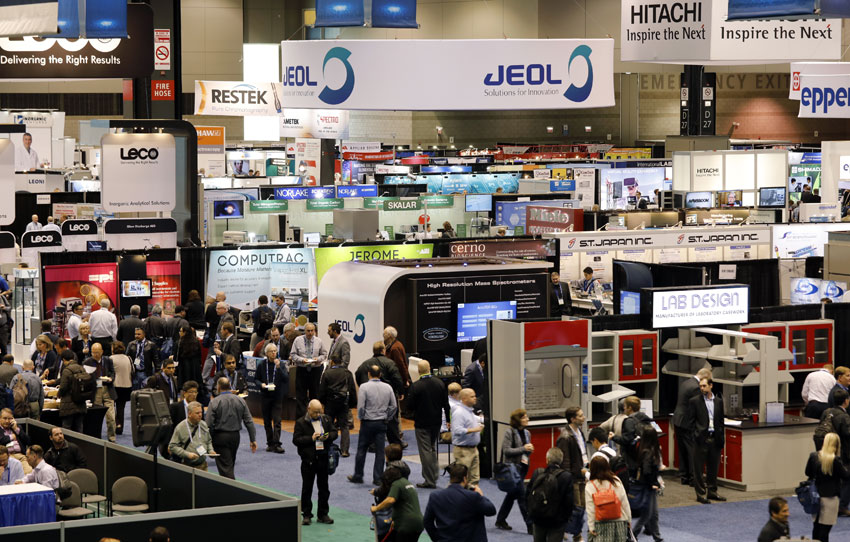 Analytical Science in Precision Medicine: Facing the Challenges of the 21st Century Healthcare 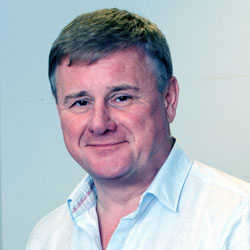 SelectScience attended the Wallace H. Coulter Lecture given by Professor Jeremy Nicholson, Head of the Department of Surgery and Cancer and Director of the UK National Phenome Centre Faculty of Medicine.

Prof. Nicholson’s lecture addressed many emergent medical threats and healthcare challenges that we face in the 21st Century and how analytical chemistry will become increasingly important in delivering healthcare solutions. He discussed how precision medicine may offer more efficient and effective healthcare solutions, and in an effort to achieve that objective, how individual patient descriptions will be required at the level of the genome, proteome, metabolome, or a combination of these, aided by state-of-the-art technologies. High-resolution analytical technologies and sophisticated computational modeling will be able to create both new diagnostics and prognostics of disease ultimately leading to disease prevention in the future.

A showcase for innovation

Bruker highlighted its new solution for fast analysis of edible oils by microESR. This instrument measures the oxidation profile of edible oils and provides a prediction of shelf life before the product is packaged and distributed, enabling scientists to make informed process control decisions to reduce rancidity of edible oils.

Elementar introduced a new modular elemental analysis platform – the acquray® Series. This system enables total organic carbon analysis with the option to add nitrogen and phosphorus analysis and a combustion furnace as necessary, allowing labs to invest in only what they need at the time without inhibiting growth.

We were also excited to see the launch of the new ACQUITY Arc BioSystem by Waters Corporation.  This system is a versatile, iron-free, bio-inert, quaternary liquid chromatograph specifically engineered to enable the efficient transfer and improvement of bioseparation analytical methods regardless of the LC platform on which the original method was developed.

SelectScience hosted a Scientists’ Choice Awards  party to announce the winners of the General lab/Separations/Spectroscopy categories of the annual awards, and to mark our 20th anniversary as a dynamic, independent online publisher. Among the awards presented at the party were:

All other winners and runners-up can be viewed on the Scientists’ Choice Awards website. 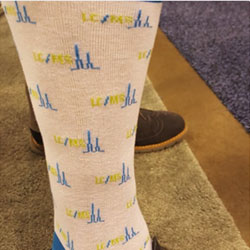 Sartorial excellence:  Waters’ LC-MS socks were a hit – the latest example in the emerging trend of stylish conference socks

This year, the Pittcon Editors' Awards were revived in the form of the Pittcon Today Excellence Awards in order to give recognition to exhibitors for product innovations. Finalists were selected from a diverse pool of submissions by a panel of judges, consisting of thought leaders from across academia, industry and trade media.

Gold, Silver and Bronze were awarded in three categories based on reported sales. Congratulations to the 2018 winners, which included:

The Scientists’ Channel, a new website that puts scientists and their work first, was unveiled to an excited Pittcon audience. The platform connects scientists worldwide through video and enables scientists to present their work, share innovations and expertise, and publicize their organization. 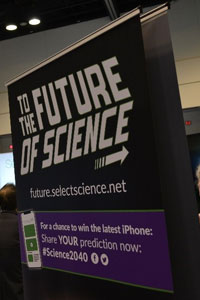 The future of science

This year at the SelectScience booth, attention was drawn to our Future of Science special feature and our 20th anniversary as an online publisher. To bring together the company’s history as a pioneer of innovation and the science industry’s exciting future, we brought the DeLorean time machine from Back to the Future onto the booth.

Pittcon attendees were invited to take photos with the time machine and share their predictions for the “future of science”, looking ahead to the year 2040. From instrument miniaturization, to increased automation, to greener fuel solutions - visit our Future of Science special feature to find out what leading scientists worldwide have to say about the next 20 years of science and how it will affect our lives.