Editorial Article: The Diet Bacteria: Why we are what our microbes eat

Pioneering microbiome scientist Prof. Patrice Cani reveals how his work has unearthed some of the most groundbreaking discoveries in the world of gut microbes, and how they influence human physiology 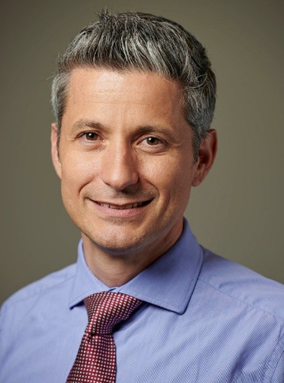 Patrice Cani, Professor of Physiology and Nutrition at the University of Louvain, Belgium, is a world-leading scientist in microbiome research. Having spent nearly 20 years in the field, he has become one of the most heralded researchers in the microbiome community. His pioneering work has carved much of the appreciation for gut bacteria, and their contribution to human physiology, that we have today. Some of his most notable discoveries have involved the characterization of novel bacterial species, including Akkermansia muciniphila – which has been shown to effectively modify weight, gut health, inflammation, and insulin resistance. Known as ‘@MicrObesity’ on Twitter, and with a tagline ‘In gut we trust’, here SelectScience speaks with Cani to find out more about this exciting field, and his journey towards scientific success.

How did you become interested in the microbiome, when it was so underappreciated by the scientific community at the time?

I started to work on the microbiota in the early 2000s when it was not a common research field at all, nor was the contribution of gut microbes to human physiology well appreciated at that time. I began working in the same lab as Professor Marcel Roberfroid, who proposed the pre-biotic concept along with Prof. Glenn Gibson a few years later, and that was effectively where my fascination for the subject was scientifically born. I quickly became interested in the relationship between pre-biotics – non-digestible food ingredients – and cardiometabolic disorders, namely obesity and diabetes. Together with Professor Nathalie Delzenne, we sought to understand why some dietary fibers, that were fermented by bacteria in the colon, were inducing lower fat mass development following consumption. From there, I moved towards looking at microbial composition in the gut, and then investigating microbe-host interactions at the molecular scale.

In 2004 I discovered metabolic endotoxemia, in which alterations to the integrity of the gut epithelia, via microbes with higher endotoxin levels, enable microbiome-derived lipopolysaccharides to translocate into the bloodstream and trigger insulin resistance. This discovery was really the beginning of the story for me. Since then, my research team and I were able to unearth novel interactions between microbe diversity and food intake, implicating the gut-brain axis very early on and finally, in 2007, I have had the chance to discover Akkermansia muciniphila. This was thanks to a collaborative effort between myself and Professor Willem de Vos. Now, most of my time is spent looking into how bacteria are able to integrate into and influence our physiology at the molecular scale.

Akkermansia has received a lot of interest in the news lately - can you describe the work that led to this discovery?

Yes, so it was Professor de Vos who actually isolated the bacterium in 2004, from the gut of a young healthy woman. Together, once we had access to metagenomic analysis in 2006, we sequenced microbes from mice that were treated with prebiotics and found many changes; most interestingly, there was a one hundred factor change in the number of Akkermansia present.

What was strange, however, was that whilst we had discovered LPS-induced metabolic endotoxemia, this gram-negative bacterium (containing LPS) was positively correlated with reinforced gut health. We also found that Akkermansia was present in almost all healthy individuals, but, we could not properly understand its function. Therefore, we studied its role in rodents treated with a high-fat diet. We found that mice receiving Akkermansia had increased mucus layer thickness and reinforced tight junctions amongst epithelia. These rodents also displayed lowered diet-induced insulin resistance, and less weight/ fat mass gain, indicating that our microbiota composition could, at least in part, mitigate the effects of a poor diet. By analyzing human subjects, we found the same; Akkermansia was a lot less abundant in overweight individuals and was inversely correlated with diabetes. 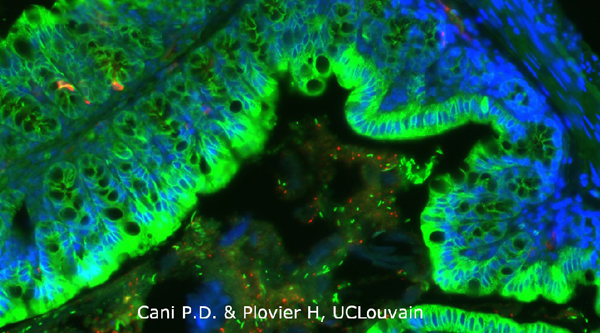 So, could this be the ‘golden pill’ to counteract weight gain?

Well, like most things in medicine, there are several factors that influence physiology and, in this case, it’s important to note that obesity is the same. From a microbiota standpoint, every individual has a unique microbial ‘fingerprint’ - in terms of composition, quantity, and co-occurrence. There are many reasons for this, including gene expression patterns, the immune system, and diet. The immune system is equally unique between individuals and therefore our long-term tolerance of gut bacteria will differ. But the latter, diet, is in my opinion the most important. We feed microbes all the time, both via the food that we eat and the cells that we shed in the gut lumen. Whilst we don’t fully understand how this works, the diet is the most effective way to modulate the composition of your microbiota.

Nevertheless, the discovery of Akkermansia could have huge implications for patient benefit in the future. Following the characterization of the bacteria, we decided to try to translate these preclinical findings into humans. We took a while to develop an appropriate medium, but my colleagues and collaborators were able to do that. The next step was to kill the bacteria via pasteurization before administering to subjects – to maintain their activity, at least in part. The findings were somewhat confounding however: the pasteurization process in fact increased the exposure of surface components that interacts with the host, causing activity to intensify.

In a Nature Medicine article published this year, we were able to show that overweight individuals responded well to daily administration of live or pasteurized bacteria. Although this was not an efficacy trial, amazingly, there was still some beneficial impact for the pasteurized group after three months. Cholesterol was lowered, insulin resistance diminished, and body weight decreased by small amounts. Given the time frame, small sample size, and dose administered, we were thrilled with the results of this trial.

What are the next steps? How is the microbiota being used in the clinic currently, and how do you predict this to change over the coming years?

For the case of Akkermansia, of course we need to demonstrate in a larger cohort that these findings are maintained. There could be some counteractive factors in larger populations that come into play - drug treatments, for example, notably metformin, might interfere with efficacy.

There are of course lots of highly respected researchers in this field now, carrying out some brilliant work that we will see come into action in the future. Now, fecal microbiota transplants (FMTs) are being used in the clinic for treating severe clostridium difficile infections, to great effect, but I truly believe we’re at the beginning of a gut microbe revolution in medicine. We’ll be able to play with the microbiota at different levels in the future and harness them for their yet-undiscovered and highly efficacious therapeutic compounds. Akkermansia is one, but there will be many others to come.

Find out more of the latest in our Microbiome Special Feature>>