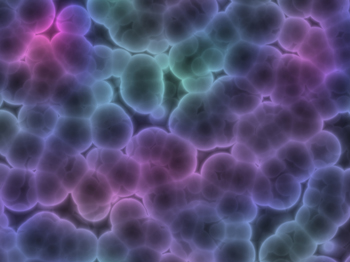 Organoid technology has come a long way, and cell biologists are now striving to render organoids as close to the real thing as possible with the addition of vasculature and immune components. However, whether you are generating organoids for drug toxicity testing, as disease models, or for the study of normal developmental biology, some cell types are more challenging than others. Intestinal cells are amongst the tougher cells to culture, and intestinal stem cells in particular are notoriously difficult to support. Producing standardized media that eliminate culture variability in these cells and the organoids they form is a major focus of leading Canadian biotechnology company STEMCELL Technologies. Working from headquarters in Vancouver, British Columbia, Dr. Ryan Conder is the Associate Director of Gastrointestinal Biology and is dedicated to improving the company’s organoid technology; a task that requires access to the latest, cutting-edge live-cell imaging technology.

Creating innovative, standardized media that support various organoids has the potential to be a ‘game-changer’ for toxicity screening in drug development processes. Human-based cultures provide better readouts than many current standard cell technologies, as Conder points out:

“Many drug development companies will get to clinical trials and find out that what they’ve learned, in either immortalized cell lines or animal models, doesn’t translate in human patients,” he says.

Organoid technology brings us another step closer to being able to examine actual biological conditions in vivo in an in vitro system, but with that comes additional challenges borne out of the overall complexity of the human body. Whilst Conder is looking for both standardization and reproducibility, this ‘simplicity’ is at odds with his equal goal of having results that are applicable to humans. “We really focus on how far we can push systems,” he explains. “We can grow cells, fine, but we don’t just look at them and say ‘Great, they’re alive.’ We’re really trying to ask what cells they are and, more importantly, are they performing the functions that you would expect?” he adds.

To answer these questions requires advanced analytics that can match the culture complexity, and that is where automated live-cell imaging comes in. “We’re realizing now that these cultures are so advanced, they have many conserved dynamics of the mammalian organs. So, imaging is absolutely critical – but not only that, imaging in real time is essential,” Conder says.

Conder first started working with intestinal organoids, which are grown from patient biopsies. They form a structure resembling an intestine that is sealed at both ends so as to create a sphere, and Conder soon realized that each cell had dynamics. “They’re dividing, they’re having absorptive functions, they’re having secretory functions, and also having ion exchange,” he explains. Using the Incucyte® Live-Cell Analysis System, Conder studied their growth and was amazed by what he saw:

“We watch these things grow under live imaging – from the start of their growth phase right until what we consider a mature intestinal organoid – and you can see that almost on the hour, they’re growing and then collapsing completely as they have to start pulling in new fluids,” he explains.

Conder adds that this was not reported in the literature at the time and that nobody really knew what to make of it. He notes: “We would have completely missed it had we taken static images.”

For that reason, Conder is in no doubt about the value of the Incucyte® Live-Cell Analysis System which has been used historically by STEMCELL Technologies for many of its imaging applications. “We were using either 24-well or 6-well plates and had the opportunity to compare these side-by-side in identical conditions, looking at each time point from initiation to maturity,” he says. “I remember the first time I was watching these whole time-course videos and they were truly amazing. We learned so much from a time-course rather than a static image,” he enthuses.

Conder asserts his view that the cell culture field is undergoing its most exciting period since the creation of immortalized cell lines. “The advancements we’re seeing in every field, right from basic developmental biology questions to clinical treatments, are amazing,” he says.

There are prospects for returning a patient’s own tissue sample to them, following either correction or growth to a point where it will make a difference to treatment outcome. Conder concludes with a thrilling insight:

“In the oncology field, we’re looking at the ability for the first time to observe an individual patient’s epithelial tissues growing into something that resembles an organ but adding a vasculature and an immune component as well.”

Find out more about organoid research at STEMCELL Technologies and how the Incucyte® Live-Cell Analysis Systems could help you.