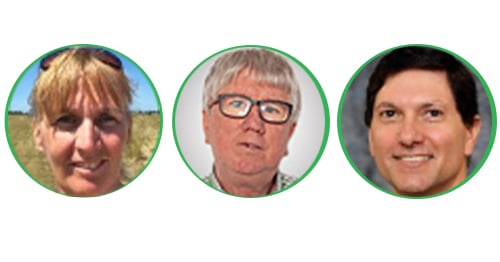 Globally, the food industry is under increasingly stringent regulations to ensure produce is safe for consumption. Rising concerns over contamination and tightening environmental regulations, along with an influx of preserved and ready-to-eat food items, are major driving forces for the scientists working in this industry and manufacturers of testing solutions alike to enhance their focus on safety testing.

Residues and contamination testing forms a major part of ensuring food is compliant with global safety regulations and serves to provide extensive checks for detecting the over-usage of chemicals such as pesticides and herbicides. In this article, we speak with experts Susanne Ekroth from the Swedish Food Agency EU, Dr. Jim Garvey from the Department of Agriculture, Food and the Marine, Ireland, and Steven Lehotay, from the USDA’s Agricultural Research Service, to explore the changes to residual pesticide testing that have occurred in the past few years, what the key areas for improvement are, and what the future of this field might look like.

Q: What are your goals when it comes to advancing and expanding your methods?

SE: We are continuously working on expanding the scope of our multi-residue method every year, but efficient methods containing hundreds of analytes can often reach technical limits. We have seen a significant increase in automation and machine learning being used across the pesticide’s community in recent years. As everyone knows, data processing is a bottleneck when it comes to multi-residue methods, using computerized procedures is therefore an efficient way to handle large amounts of data. However, it´s important to point out that artificial intelligence has its limitations with incorrect correction and low correlation. Experience shows again and again that skilled chemists are needed, not only during sample analysis but also to monitor and correct incorrect data. This is something we experience, not only for triple quads but especially working with high-resolution mass spectrometry (HRMS) screening.

The performance of today’s methods for pesticide analyses depends upon the skills of the chemist. 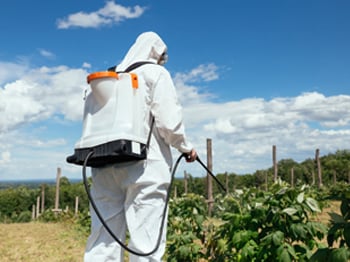 Agricultural consumption of pesticides worldwide has increased by 80% since 1990 and is now estimated at nearly 4.2 million metric tons Dusko Jovic © 123RF.com

SL: In the past few years, we've moved over to the next generation of QuEChERS. With this method, we’ve expanded to environmental contaminants, veterinary drugs, and mycotoxins. The best way to improve efficiency is to use fewer methods to cover the same scope in a laboratory. In terms of the number of analytes, when you're doing targeted analysis, you do hit a limit, especially as you add more internal standards. But by doing non-targeted analysis you can perform faster chromatography, both for gas chromatography (GC) and liquid chromatography (LC).

JG: There are three main areas that we're looking at. Methods are expanding and that means we are adding more analytes to methods and that has its issues. As scopes grow, the amount of data you have to deal with increases almost exponentially, and you really have to consider how you can process this data efficiently. We're moving towards more high-resolution methods and moving a little bit away from the triple quads, at least for fruit and vegetables and likely for some other matrices eventually. We have also been doing a lot of work on ion chromatography for single residue methods. Lastly, we have a suite of anionic pesticides that we are analyzing using ion chromatography, and we are hoping to expand this to cations this year.

Q: What are some of the key challenges in pesticide testing affecting scientists today and in the future?

SL: In my lab, the key challenges are data handling and validation when covering so many analytes. We perform a lot of method development and try to use the same template each time, but there are always some differences, some nuances, sample to sample variations, different matrices, and interferences to deal with. The challenges are just trying to keep up with all that data. Additionally, we have three ion transitions in targeted tandem mass spectrometry (MS/MS), but even with non-targeted high resolution, you still have to determine the right ions to look for, the retention times, and recognize peaks versus interferences. This is a very time-consuming challenge.

SE: As the high-resolution technology becomes more and more sensitive, so does the triple quad technology, as well as the limits for maximum residue levels (MRLs) and limits of quantification (LOQs) in parallel. How low is it necessary to go? At about the same rate as the scope of the multi-methods. As the scope becomes ever larger, LOQ is also lowered, which is a challenge. We also need to be prepared to screen for new types of pesticides and contaminants, especially in the wake of a changing climate.

JG: A particular challenge for us are matrices. When we started using multi-residue methods, they were designed for fresh fruit and vegetables or similar. Now we're getting a lot of processed foods in, including a lot of sauces and exotic products that we never dreamed of before. The challenge comes at the sample preparation stage with these kinds of matrices. The other challenge for us is legislation. I often feel that we're one step behind the legislation trying to catch up.

The best way to improve efficiency is to use fewer methods to cover the same scope in a laboratory.

Q: Are there any new technologies that have helped to address these issues? 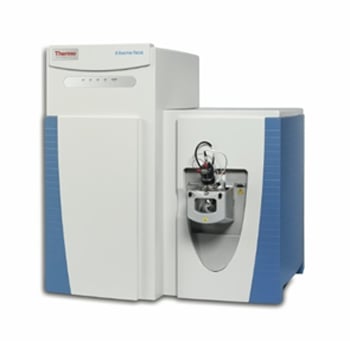 The sensitivity, selectivity, flexibility, and ease-of-use provided by hybrid quadrupole-Orbitrap™ mass spectrometers aim to set the standard for screening, quantitation, identification, and confirmation of targeted and untargeted compounds

SE: We are moving towards an increased use of high-resolution technology, whilst trying to limit the use of triple quadrupole instruments, because we need to screen for more than the analytes that we are looking for. We have been using the Thermo Scientific™ Q Exactive™ Focus Hybrid Quadrupole-Orbitrap™ Mass Spectrometer because it offers the right sensitivity for our applications.

SL: I think automation has come a long way. Automated sample preparation is getting to the point where the failure rate is less often, and the capabilities are better. One technique we have been implementing is better cleanup in parallel with analysis by GC, which has led to improved performance, efficiency, and reliability.

Q: What have you seen that holds organizations back from transforming their pesticides testing?

SE: One drawback that holds us back a little is the instrumentation, especially when we are looking at triple quadrupoles like liquid chromatography-mass spectrometry (LCMS), as we're dealing with so many pesticides. It can seem like the technology is not really able to efficiently display an adaptable chromatogram for hundreds of analytes in one run. For example, in order to have two transitions per analyte for the analyses in the triple quads, we need to analyze the same sample twice with different methods. This is not an issue when working with higher resolution technology because you can use other MS modes and overcome it.

SL: Barriers can arise when wanting to run multi-applications in the same method. For example, when combining testing for veterinary drugs with pesticides and mycotoxins in animal-derived foods, different regulatory organizations across different countries will usually test for these independently, which limits the sharing of information. It introduces a disconnection between the two fields of veterinary drug analysis and pesticide analysis.

JG: Two key hurdles for us have been the training burden when bringing in a lot of new people and overcoming legislative barriers. Combining testing for veterinary drugs with pesticides is also a challenge I recognize. The philosophy for validation is very different between the two testing groups involved, and more collaboration is needed to sort out the differences and come to an agreement over what is a practical way to go about validating methods.

Q: What effects are regulations and climate change having on food testing labs, and how do you see the role of in-house or independent testing adapting to these?

SE: We are having discussions with our accreditation body about how to implement climate adaptation as well as climate mitigation connected to the 2030 Agenda for Sustainable Development. Since we are an authority doing official methods for official controls, we really have to set an example by looking into what kind of solvents we are using in our methods, and what kind of disposable plastic equipment we are using. With our Swedish multi-residue method based on ethyl acetate, SweEt, it’s not only fit for purpose regarding pesticide analysis, but also an extremely appropriate choice from a sustainable perspective. I think it's crucial that we all take a common responsibility about what kind of methods we are developing in the future or should develop. We are also looking at the pesticides that will most likely not be approved in the future, which might lead to a black market with more misuse from developing countries. We do predict more use of pesticides, but we also expect to see a rise in active substances such as biocides, pollinators, alternatives to chemicals, viruses, etc. We need to broaden our scope.

SL: In terms of green chemistry, I agree plastics are a major factor. We should all aim to reduce plastic use in the lab or push for recycled alternatives. I think a challenge for some labs is moving away from their well-established practices using these materials. Going back to glassware is often not desirable.

JG: One way we are aiming to be more sustainable is we are looking to miniaturize our methods to minimize the volume of solvents we're using. A regulatory challenge we have is with border control samples. When border control samples come in, it means the sample result is required within 24 hours. In this case, you might have to use the same amount of resources for one sample as you are using for fifteen samples for example, which is very inefficient. We also work with emerging issues. In the past 10 or 15 years, there have been a lot of emerging issues where laboratories have been kind of sidetracked and sent off to find methods to look for a particular issue. Ethylene oxide is the latest example. This often means you’re reacting to a situation, which is not the best way to work.