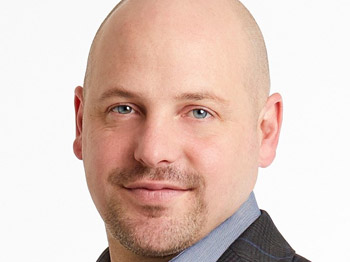 From its humble beginnings as a type of bacterial immune system, CRISPR-Cas systems have emerged as a powerful gene editing technology in a relatively short space of time.

Less expensive and relatively easy to design and use compared with older technologies, CRISPR looks set to transform biomedical science by ‘democratizing’ genome engineering in a way not possible with traditional approaches. However, as with many new technologies, CRISPR comes with challenges and complexities that have perhaps been underestimated in its early applications, particularly around off-target effects. Merck KGaA, which operates as MilliporeSigma in the US and Canada, is one of the global companies leading the charge to design precision CRISPR tools that ‘do exactly what they say on the tin’, whether it be for the development of therapeutics or the design of novel disease models. Based out of California, USA, Dr. Ben Borgo is Head of Portfolio Management in Genome Engineering and Modulation, and he understands as well as anyone the importance of designing CRISPR tools so that the right genotype and phenotype emerge at the end of the line.

CRISPR remains a fairly new technology, but the way it performs in some mammalian cell lines is very well characterized. Problems begin to emerge, however, from its limited application to less well characterized cells, and biological systems in general, as Borgo explains. “If someone wants to edit equine cells or work on a novel cell line that is not well characterized, that can cause problems. These tools fundamentally go in and change the DNA of cells, often in unexpected ways if you’re working in a poorly characterized system.”

When using CRISPR-Cas systems, key considerations for researchers therefore include the availability of fully annotated genomes for cell lines being used, and the ability to characterize off-target effects in a meaningful way if that is going to be an issue of concern (for example, in a therapeutic context). “It’s a bit of a trade-off between being able to use technology that’s well characterized, and one that’s easy to design, accessible for average researchers and readily available,” Borgo suggests.

Off-target effects can be a major issue and Borgo explains that editing the genome leads a cell to respond in lots of different ways. “You’re not just making a double-stranded break in the genome in isolation,” he says. “There’s changes to the transcriptome, changes to the cell physiology, depending upon editing site or the stage of the cell cycle. And these things can have a drastic impact on the phenotypic outcome.”

The first CRISPR tools were essentially nucleases which make double-stranded breaks in the genome, but next-generation tools appear to be just around the corner. One such tool under development includes base editor technology developed at the Broad Institute, and supported by Merck, that edits an individual nucleotide in the genome without making a double-stranded break. The research question of this technology now becomes how much precision is needed for a particular application.

With multiple techniques available to researchers, and the varying efficiency of different CRISPR tools in different systems, Borgo recommends that researchers use more than one type of tool to achieve their desired edits. “Someone working to develop a therapeutic that utilizes genome editing, for example, is going to have a very stringent requirement for a well-characterized system, whereas someone generating a disease model might have more tolerance for some of the unknowns that come with applying new tools,” he explains.

The newer CRISPR technologies such as prime editors and base editors allow for greater precision by using a search-and-replace functionality. However, these tools are less well characterized in terms of outcomes, and so are currently being more broadly applied to disease model creation than, say, therapeutics.

CRISPR-based screening, a large-scale genetic approach that enables the modification of thousands of genes in a single experiment, has greater specificity than existing technologies such as RNAi and offers researchers complete gene knockout. With such technology available, the application of CRISPR in functional genomic screening is now so broad that it can be difficult to keep track of, according to Borgo. “There are researchers using CRISPR screening to identify genes that relate to bioresistance of viral load in specific cell types, in relation to COVID-19,” he notes.

The introduction of CRISPR to functional genomics has certainly added a versatility that enables the direct testing of hypotheses generated from next-generation sequencing data. “Now you can repress or activate transcription, and you can modify the epigenetic markers on a high-throughput scale. The newer precision editing technologies allow the recreation of actual mutations that we see in patient populations,” says Borgo, and this is where CRISPR will continue to have its greatest impact – in the therapeutic development space. Borgo is in no doubt of the ability to make precise genome modifications and to drive research that will transform the way we discover new drug targets and therapies.

One of the major bottlenecks in CRISPR technology adoption, according to Borgo, is the large influx of biologists from different disciplines who are just getting started with genome engineering, but who do not have a deep understanding or need to know about how genome engineering works. This is where Merck is helping to provide solutions, as Borgo attests. “Our efforts to increase access to these tools, to ‘democratize’ the application of functional genomic screening, targeted genome editing and cell engineering will help to remove this bottleneck,” he says.

Borgo adds that Merck also uses internally what it sells. The Merck Cell Design Studio® cell line engineering service takes state-of-the-art genome engineering tools and actually engineers cell lines for clients who are looking for difficult modifications in specific cell lines. “The combination of our targeted genome engineering portfolio, MISSON® screening libraries, and Cell Design Studio® means we cover everything from high-throughput functional genomics to targeted gene editing, and on down to delivery of actual engineered cell lines for clients,” he enthuses.

What does the future look like for genome engineering technology?

For Borgo, the future of genome engineering is extraordinarily exciting. “CRISPR has moved into the clinic more rapidly than any other technology. It’s an entirely new way of looking at medicine. We’re already seeing this with companies like Intellia Therapeutics and Editas Medicine, but we’re going to see an explosion of these technologies in the therapeutic space. Genetic diseases which have evaded any sort of cure for decades or more will suddenly, through the outstanding efforts of the genome engineering community, have modalities available to develop cures for those diseases,” he concludes.

The Life Science business of Merck KGaA, Darmstadt, Germany, operates as MilliporeSigma in the U.S. and Canada