Learn how a blood test is being used to detect the Alzheimer’s disease biomarker, phosphorylated tau, in research and clinical diagnosis 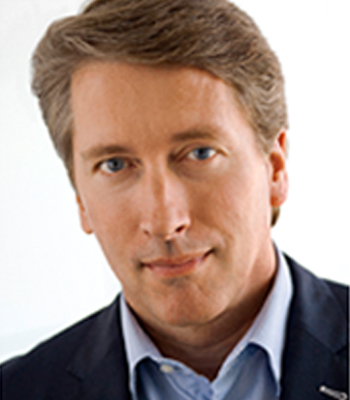 In deciphering the pathophysiology of neurological disorders such as Alzheimer’s disease or dementia, early-stage biomarkers are often present at very low levels. Most conventional immunoassays used to detect these biomarkers tend to have colorimetric outputs that lack the sensitivity or the dynamic range required to detect and reliably measure low-abundance analytes.

Traditional ELISA assays or colorimetric multiplexed assays often require sample dilution to accommodate higher loading volumes. This further dilutes the biomarker concentration, making it either undetectable or placing it below the lowest detectable limit of the assay, thereby rendering the quantitative output unreliable. To add to this challenge, one of the biggest bottlenecks when dealing with rare or valuable samples obtained from patients is its limited volume, which means repeat testing may not be feasible.

In these circumstances, translational and clinical researchers alike benefit from an immunoassay that reliably detects and quantifies low-level analytes, provides an unambiguous digital readout, and requires no sample dilution. In this SelectScience® article, we speak with Dr. David Wilson, VP of Clinical Strategy at Quanterix, about using sensitive assays to detect trace concentrations of biomarkers in early disease stages.

Familiar with the issues that biomarker researchers face, the team at Quanterix set out to develop an ultra-sensitive immunoassay that can detect analytes at low levels – or even baseline levels. “Our Simoa® technology moves immunoassay protein detection from the analog world into the digital world, where individual molecules are counted with minimal dilution of signal and sensitivity,” Dr. Wilson explains. “Single-molecule counting enables much greater sensitivity for protein measurement compared to analog methods.”

Simoa, which stands for single molecule array, uses specialized beads that contain selected antibodies coupled with paramagnetic particles. The immunocomplex 'sandwich' containing the bead, bound protein, and detection antibody produces a fluorescent signal that is then detected using the Simoa HD-X Analyzer. The schematic below outlines how the Simoa technology works – and how it is different compared to 'analog' immunoassays such as ELISA.

How does the ultra-sensitive Simoa bead-based technology work?

Neurological biomarkers, typically originating in the central nervous system, remain shielded from the circulating bloodstream by the blood-brain and blood-cerebrospinal fluid (CSF) barrier. Molecules bypass this barrier in a highly regulated fashion, which prevents a high concentration of neurological biomarkers from entering the bloodstream, subsequently making them difficult to measure in blood samples. “Historically, neurological fluid biomarkers have been measured through the invasive lumbar puncture method to access the CSF,” notes Dr. Wilson. “Simoa opened the door to measure these less invasively with a simple blood test which is difficult to do with conventional immunoassay technologies.”

The ability to now detect low abundance neurological biomarkers in blood samples – when these were only detected in CSFs in the past – not only catapults biomarker research capabilities, but also brings the promise of early-stage, pre-symptomatic diagnoses for patients.

Simoa in action: Detecting phosphorylated tau as a biomarker for Alzheimer’s disease

One such example is the ultra-sensitive detection of phosphorylated tau protein in blood to detect Alzheimer’s disease. In one study, researchers used Simoa-based tests to delineate the combinations of blood-based biomarkers that differentiate Alzheimer’s disease dementia from other types such as frontotemporal dementia and dementia with Lewy bodies. pTau-181, along with NfL and GFAP, emerged as a key differentiator for Alzheimer’s disease – by simply using a blood test.1 A few years ago, such a conclusion would have required sampling CSFs, and the results would have required corroboration with histopathological analyses.

Beyond biomarker detection for research purposes, the other pivotal application of blood-based immunoassays is as a diagnostic tool. Earlier in 2022, Quanterix launched the plasma pTau-181 blood test as a Laboratory Developed Test (LDT) through its high-complexity CLIA laboratory. The test results are intended to be used in adults presenting with cognitive impairment who are being evaluated for Alzheimer’s disease and must be interpreted in conjunction with other diagnostic tools. Quanterix is pursuing additional pathways that have the potential to expand access to our technology and improve the care of individuals with neurological diseases.2,3

“Healthcare is currently more about ‘sick-care.’ Detecting disease in its earliest stages makes it more treatable,” says Dr. Wilson. “With improvements in ultra-sensitive immunoassay techniques, routine monitoring of health and detection of early adverse trends in biomarkers indicative of problems that emerge before symptoms may be possible with a simple blood test.”