SelectScience® has announced the latest laboratory products to win a prized Seal of Quality at this year’s AACC conference.

Launched in 2017, SelectScience Seals of Quality recognize the top-rated products that have consistently received the highest review ratings from scientists around the world and are designed to further assist scientists and healthcare professionals in making important purchasing decisions for their labs.

At a glitzy awards ceremony during the 71st AACC Annual Scientific Meeting & Clinical Lab Expo in Anaheim, California, Zymo Research became the first-ever manufacturer to collect four Seal of Quality trophies at once, after its products received more than 300 reviews from satisfied customers in June. 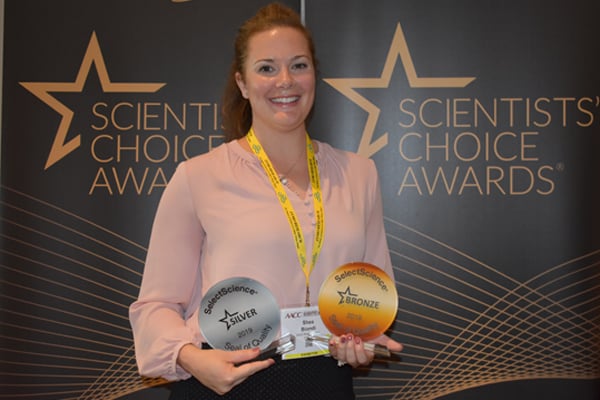 Shea Biondi, Director of Marketing at Zymo Research, with two of the Seals of Quality

Another manufacturer celebrating at the party was Eppendorf, which received a Bronze Seal of Quality for its Adjustable Research Series Pipette. This follows Eppendorf's Silver Seal of Quality, as awarded at AACR earlier this year. 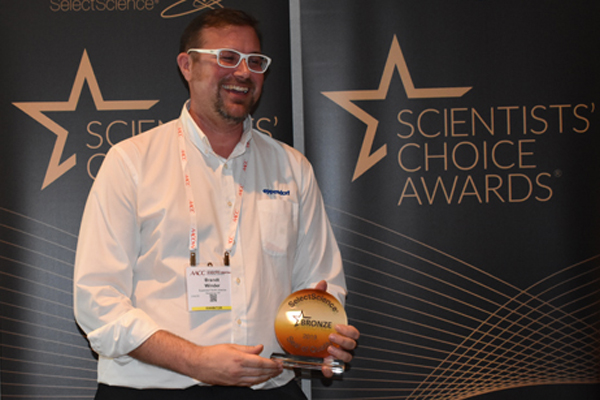 A number of other manufacturers have earned new Seals of Quality but did not attend AACC so will receive their trophies at a later date:

Meanwhile, the presentation of two Seal of Quality trophies helped put the icing on the cake for Specac when the company opened its brand-new HQ in Orpington, UK, last month.

SelectScience CEO Arif Butt took the opportunity to present Specac’s digital manager Michael Lever with the trophies in recognition of the consistently positive reviews received by its Atlas Manual Hydraulic Presses from scientists worldwide. Lever has spoken about how much it means to win a Seal of Quality - watch the video here.

What is a Seal of Quality?

There are four levels of Seal — Platinum, Gold, Silver, Bronze — which are assigned to around 0.1% of products on the SelectScience® website and are allocated in line with strict criteria based on the number of reviews a product has received and the average rating of those reviews.

“Our Seals of Quality program is designed to help scientists and healthcare professionals across the world see at a glance the lab products most appreciated by their peers, so we are delighted at how well received it has been across the industry,” said SelectScience Editor, Dr. Lois Manton O’Byrne.

“I would like to take this opportunity to thank all our reviewers for sharing their valuable opinions and also to congratulate the latest Seal of Quality winners, who have been recognized by the people who matter most — their customers.

Manufacturers, learn more about how to achieve a Seal of Quality for your products>>