Reactive oxygen species (ROS) have long suffered a bad rap. An overdose of ROS is detrimental and causes a state of oxidative stress. But eliminating them isn’t the answer either as our bodies need ROS for basic survival. Moreover, ROS are essential to immune system function, and act to combat perceived threats to the body. However, a lot is unknown about the role of ROS signaling in immune responses, especially in a diseased state. 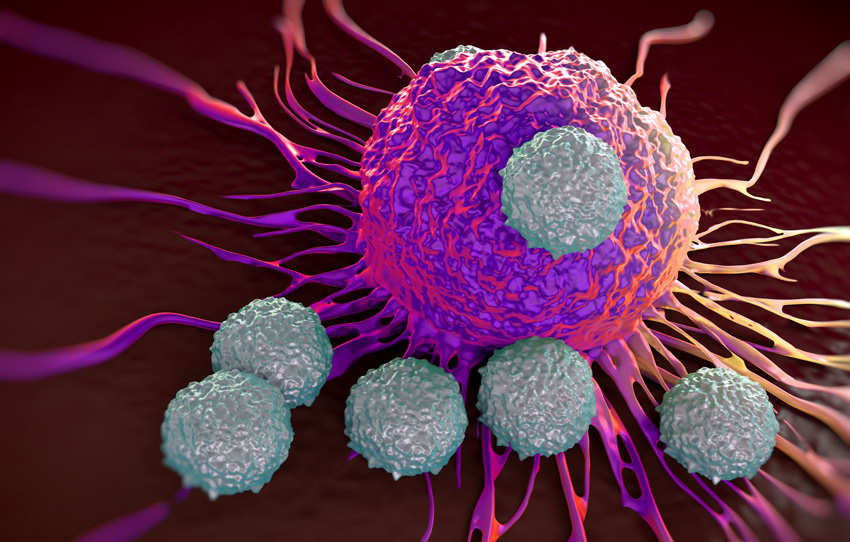 For Case, it all begins by giving the ROS a much-deserved chance at damage-control.

“Contrary to popular belief, the pro-oxidants such as ROS are not all bad,” says Case. “In fact, our cells and our bodies actually rely on these for normal physiological functions. It makes sense because as we evolved as a species, we evolved in a very oxygen-rich environment, and with that comes the consequence of all these pro-oxygen species. We’ve basically just adapted a way of protecting ourselves, while at the same time, utilizing these for normal functions.”

To test the triangular neuro-immuno-cardiovascular hypothesis, the Case lab is currently developing mouse models of post-traumatic stress disorder (PTSD). In doing so, Case hopes to recapitulate human PTSD and measure its effects on the immune and cardiovascular system.

“A lot of the tests measuring the immune system function involve culturing immune cells and measuring the cells’ ability to, say, fight an infection or even proliferate and expand,” says Case. “The IncuCyte is probably one of our key pieces of equipment for this.”

Prior to the automation currently offered by the IncuCyte, the conventional way of performing these types of experiments was to place cells in a standard incubator and have a researcher come in every six hours for a 48-hour period, even during the night and on weekends, to harvest cells and measure cell death. “It was very slow and tedious, and honestly, even with all that work, you were only getting snapshots at those relative timepoints,” admits Case. “If there was something important happening in the first 30 minutes or hour, you would have totally missed it before your first timepoint.”

The IncuCyte has revolutionized the way the Case lab now approaches these experiments. “We’ve now completely moved to the IncuCyte where we can do that exact same kind of assay, but we put our cells inside the IncuCyte and just let the machine record the cells in real time,” says Case. “The beauty of it is, the machine also quantifies the data.”

“We actually get much more reliable and robust data because it is an unbiased algorithm measuring the parameters you want to look at in real time, in undisturbed cells,” says Case. “Plus, the automatized measurements opens up my personnel for other experiments.”

Members of the Case lab isolate and culture T cells from PTSD mice, and analyze their function (including ROS signaling) using the IncuCyte. “One of the coolest features is that we’ve optimized the T cell killing assay, where you can, in real time, watch and measure the ability of the T cell to kill a cancer cell. That’s incredibly important because that’s really what we want to know… the function of these T cells, as opposed to just secondary measures such as cell growth or death,” Case says. “This assay on the IncuCyte has been a very powerful tool in our ability to assess immune system function in our PTSD mouse models.”

Case’s research shows direct translational capabilities. “We can isolate immune cells from the blood samples of individuals with psychiatric illnesses, analyze them on the IncuCyte and understand some of the functional and ROS issues that these cells may have,” says Case. “We can then directly start correlating our animal models with data from human patients to start identifying potential therapeutic targets.”

Do you perform live-cell imaging? We'd love to hear from you. Please take a moment to leave a review on your lab's imaging system.