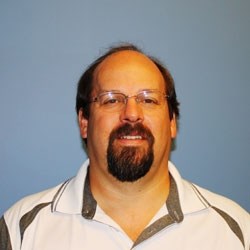 SN: Hi Matt, can you tell us about the current Ebola crisis in West Africa?

MB: The current outbreak of Ebola Virus Disease (EVD) appears to have begun in late 2013 in Eastern Guinea. The strain of Ebola virus (EBOV) associated with this outbreak has a high mortality rate which can limit the spread of disease through a smaller population. However, in this outbreak the length of incubation, mobility of the West African population and cultural practices such as burial rituals have all contributed to expansion of the outbreak to neighboring Liberia and Sierra Leone.

EVD case clusters continue to emerge in all three countries, primarily due to person-to-person transmission and nosocomial transmission at treatment facilities. Due to the prolonged nature of this outbreak and the wide geographic area, the resources to contain and manage this outbreak by the governments involved, as well as non-governmental organizations (NGOs) such as Médecins Sans Frontières, are under great strain. Some experts involved are concerned that the outbreak could continue for several months and spread to more dense population centers under a worst case scenario.

SN: How is Ebola tested for at present?

MB: Initially, samples from suspected EVD cases were sent to regional labs or European labs for PCR and confirmation testing using viral plaque-reduction neutralization tests (PRNT). Various agencies and groups, including the Viral Hemorrhagic Fever Consortium (VHFC), have now transferred the capability to perform the EBOV PCR testing to some of the hospitals that are serving as treatment centers. To my knowledge, no biocontainment labs have been brought online in West Africa to perform PRNT. In Sierra Leone, the primary EVD treatment site at Kenema Government Hospital already had the capacity to perform PCR testing through the Ministry of Health and Sanitation's Lassa fever Research Program that Tulane University, New Orleans, LA, and the Viral Hemorrhagic Fever Consortium (VHFC) have helped to fund.

The VHFC has developed several prototype tests based on previous research for evaluation of assay components, but has not begun clinical studies associated with the new development grant.

SN: You have recently been awarded a grant to aid in the development of a point-of-care (POC) test for Ebola; can you tell us more about the need for a POC test for this virus?

MB: Under this outbreak situation, there is a focused effort to maintain PCR testing capacity supported by large organizations (WHO) and western governments. Typically, PCR is not performed in West African hospitals as a routine diagnostic method for endemic diseases such as Dengue or Lassa fevers, because it is a real challenge to maintain proper laboratory conditions –lab personnel are constantly combating sources of contamination in a way not seen in western hospitals or labs. PCR testing can also fail to detect EVD cases that have survived the acute viral infection and have developed post-acute or convalescent antibody titers. Identifying these survivors is key to proper disease surveillance and identification of EVD case-contacts in order to contain the outbreak. To my knowledge, none of the PCR protocols or immunoassays that been deployed for this outbreak have either regulatory approval or are commercially available. For example, PCR protocols and associated primers may be well cited but have not gone through regulatory approval as commercial reagents. In the case of immunoassays, some agencies may have emergency use regulatory approval but these tests are not commercially available to health care agencies or NGOs.

Development of POC tests has the potential to improve detection of EVD cases, aid in identifying case-contacts, and improve disease surveillance based on what we've seen with the ReLASV® Lassa fever tests that Corgenix and the VHFC have developed. With the proper combination of POC rapid test and ELISAs for antigen and antibody detection, medical staff and outreach teams can have all this vital information within two hours of sample collection.

Most of the immunoassay methods currently employed in viral hemorrhagic fever (VHF) testing incorporate inactivated viral culture stocks that have to be generated in western biocontainment labs. Development and use of these materials is very costly and an impractical approach to developing commercial products that can be distributed to countries interested in maintaining capacity to test for VHFs. The African countries that are endemic for VHFs do not have the resources to maintain the high level of disease screening and surveillance needed during the current outbreak. A low cost, robust alternative to maintaining PCR labs or using expensive testing materials can provide the capacity to maintain these disease surveillance programs.

The approach Corgenix and the VHFC have taken is to develop POC immunoassays using recombinant protein technology to eliminate the need for costly materials derived from viral cultures. The consortium partners have developed recombinant viral proteins that can be easily scaled-up under standard laboratory conditions and maintain high fidelity to native viral proteins. This allows the capacity to develop high affinity immunoassay reagents at an accelerated pace and reduced cost.

SN: What stage are you at in the development of this test; can you tell us anything about the technology that will be utilized?

MB: As with the ReLASV® products for the detection of Lassa fever, the plan is to commercialize both rapid point of care lateral flow immunoassays (LFI), as well as enzyme linked immunosorbant assays (ELISA). The LFI tests are developed as visually read point-of-contact tests requiring no reader or electronic equipment, which is a key design feature in West Africa. The current Lassa fever rapid test only takes 15 minutes for a visual signal to develop. The ELISAs are designed to have only a few procedural steps in order to reduce the time to result to under two hours. The previous Phase I grant allowed development of several Ebola recombinant proteins and other critical materials. At that time there were no Ebola outbreaks. Given the timing, we are hoping to perform some additional field evaluations of these reagents on current EVD samples to help accelerate the Phase II assay optimization and commercialization stages. Future development of the new EVD assays will be performed under the auspices of the proper regulatory bodies and ethics committees of the United States and the affected countries in West Africa.

SN: How long do you expect it to be before a POC Ebola test becomes available?

MB: This region of West Africa is now endemic for two of the world's deadliest viruses and will remain that way into the future. Currently the VHFC Ebola tests are not deployed for clinical testing in this outbreak. We do have an aggressive timeline to develop these assays and get them to pilot stage and clinical trials. We are already behind by a year due to the delay in receiving the Phase II award. It would be ideal to have materials in place for clinical testing before the next Lassa fever peak season, which typically begins in January. A timeline for completion of a clinical study to support CE marking has not been finalized and performance testing in biocontainment labs will also be requisite for technical filings. However, we have great sympathy for those affected by this outbreak and with friends and colleagues on the ground there; every aspect of this project is being expedited as much as possible.