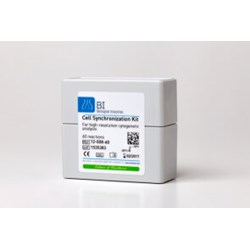 The blood cell karyotyping method was developed to provide information about chromosomal abnormalities.

Lymphocyte cells do not normally undergo subsequent cell divisions. In the presence of a mitogen, lymphocytes are stimulated to enter into mitosis by DNA replication. After 48-72 hours, a mitotic inhibitor is added to the culture to stop mitosis in the metaphase stage. After treatment by hypotonic solution, fixation and staining, chromosomes can be microscopically observed and evaluated for abnormalities.

High resolution analysis is a special manipulation of the routine blood karyotyping procedure designed to provide a large number of mitotic figures in late prophase or prometaphase. At this stage of mitosis the chromosomes are longer and less condensed. After G-banding, the chromosomes will show greater level of band resolution not seen in routine analysis. High resolution allows more detailed analysis of the karyotype.

Cultures can be synchronized by the addition of methotrexate (MTX), an inhibitor of thymidine biosynthesis which blocks cells in the S-phase (DNA synthesis) of the cell cycle. After 16-18 hours, most of the dividing cells in the culture are in the S-phase. If thymidine is added to the culture, the MTX block is released and the cells proceed synchronously to mitosis, at which point colcemid may be added. A very short colcemid treatment in conjuction with this technique may be used to produce extended prometaphase chromosomes when small deletions or rearrangements are suspected. Materials Methotrexate (Amethopterin), 10-5M in HBSS: 4 vials containing 1.5ml each Thymidine, 10-3M in distilled water: 4 vials containing 1.5ml each Storage and Stability The solutions must be kept frozen and protected from light. If appropriately stored, the solutions are stable for at least 18 months from the date of preparation. Warning! Methotrexate has caused adverse reproductive and foetal effects in humans. May cause eye, skin, and respiratory tract irritation. May cause blood abnormalities. May cause heritable genetic damage. 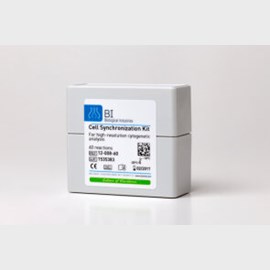