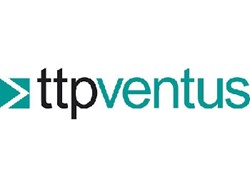 Among the pumps to be displayed at COMPAMED, the new HP Series has been designed for applications requiring high pressure, with the first model delivering in excess of 800 mBar, doubling what was available with previous models. The ability to generate such high pressures from a small, controllable, and non-pulsatile pump opens up exciting opportunities in microfluidics, particularly in so-called pressure-driven-flow or air-over-liquid systems. By moving the pump close to where the pressure or vacuum is needed, system complexity and size can be reduced significantly.

The new LT Series was developed for applications requiring long lifetimes, typically 5,000 hours or more. These models offer increased pneumatic performance combined with long lifetime. TTP Ventus plans to extend pump lifetime even further in the near future and expects to announce its first 10,000-hour pump in 2020.

In addition to these offerings, TTP Ventus has extended its BL and XP Series with four additional pumps. These provide increased flow rates of up to 2.1 liters per minute, enabling faster inflation with blood pressure cuffs or therapeutic cushions for example. The new pumps maintain the small size and silent operation of existing models, enabling discrete, wearable products which were not previously possible. Their increased efficiency is valuable for battery-powered products, while precise controllability means that components such as proportional valves can be made redundant.

Tom Harrison, Business Development Manager, TTP Ventus, commented: “We've listened to the needs of our customers and developed improved pump designs that meet their requirements. We're excited to welcome visitors to our stand at COMPAMED to learn more about these new designs.”

The HP and LT Series’ will be on display alongside new pumps in the BL and XP Series’ at COMPAMED 2019, 18th–21st November, in Düsseldorf, Germany.