Product News: STRmix forensic software to be used in universities

The sophisticated software, that can resolve complex, mixed DNA profiles, will be used as a component of student coursework 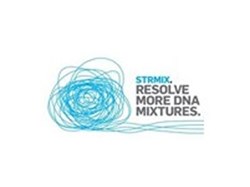 With jobs in forensic science expected to increase by nearly 20 percent by 2026, four U.S. universities now have STRmix™ – sophisticated forensic software that can resolve mixed DNA profiles previously thought to be too complex to interpret – as a planned or existing component of their student coursework.

The universities include: California State University, Sacramento; Eastern Kentucky University; George Washington University (GWU); and Marshall University (Graduate Program). They join two other universities, both in Canada, with STRmix™ in North America. Of interest, GWU plan to use STRmix™ in teaching a class in which students will be performing an internal validation of STRmix™ that will be the essential core of the class.

“With interest in forensic science careers on the rise, thanks in part to TV shows like CSI, it is only natural for universities to want to provide students with the ability to work in their labs with the same kind of forensic software they are likely to find themselves using in the workplace,” says John Buckleton DSc, FRSNZ, Forensic Scientist at the New Zealand Institute of Environmental Science and Research (ESR) and one of the developers of STRmix™.

According to the U.S. Bureau of Labor Statistics, employment of forensic science technicians is projected to grow 17 percent from 2016-2026, much faster than average for all occupations. Because the sector remains relatively small, however, competition for those jobs is expected to be very strong.

Beyond the universities, STRmix™ is now being used by the forensic labs of 46 U.S. agencies. That list includes federal agencies like the FBI and the Bureau of Alcohol, Tobacco, Firearms, and Explosives (ATF), state agencies such as those recently added in Massachusetts, South Carolina, and Colorado, and private companies like Bode Cellmark Forensics.

STRmix™ is also in various stages of installation, validation, and training in more than 60 other U.S. labs.

Dr. Buckleton attributes the widespread use of STRmix™ to its ability to significantly improve the usability of DNA. “More and more forensic labs worldwide are turning to STRmix™ to produce usable DNA evidence in a wide range of criminal cases,” he explains, noting that agencies using STRmix™ are reporting an increase of interpretable DNA in gun cases from about 40% to more than 70%. STRmix™ is also proving to be highly effective in sexual assault cases.

“Given the considerable resources invested in both resources and staff time to clear Sexual Assault Kit backlogs, forensic labs are quickly recognizing that STRmix™ is producing a much better return on investment by delivering a significantly higher rate of interpretable results,” Dr. Buckleton adds.

STRmix™ is also being used in all nine state and territory labs in Australia and New Zealand, as well as 12 forensic labs in England, Scotland, Ireland, Finland, Dubai, Denmark, and Canada.

Find out more about this innovative software in our exclusive interview with Dr. John Buckleton, one of the developers behind STRmix™ >>