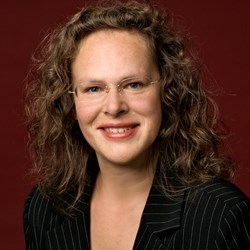 This month Sonia Nicholas interviews Dr. Wera Hofmann, the Medical Director at LifeCodexx in Germany, about the PrenaTest®, an assay which utilizes next generation sequencing technology to detect autosomal trisomies in maternal blood samples.

Launched in August 2012, the PrenaTest® is exclusively performed in LifeCodexx’ ISO 13485 certified laboratory in Constance, Germany. Using next generation sequencing (NGS) technology, the non-invasive molecular-genetic PrenaTest® is capable of detecting the most common autosomal trisomies (trisomy 21, 18 and 13) in maternal blood with a high degree of accuracy. The PrenaTest® is, therefore, a non-invasive molecular-genetic prenatal diagnostic procedure which supplements conventional prenatal diagnostic methods. Unlike invasive methods like amniocentesis, it does not carry the risk of procedure-related fetal losses. The PrenaTest® has been developed for use with those who carry an elevated risk of fetal trisomy 13, 18 or 21. It can be carried out from the 9th week of pregnancy onward.

Firstly, could you briefly describe to our readers how PrenaTest® is used to detect trisomy disorders in the unborn foetuses of pregnant women?

Laboratory work begins by isolating the blood plasma from the blood samples provided by the responsible physician. Next, the cell-free genetic material (cfDNA) is extracted from the plasma. The cfDNA is not further separated into maternal and fetal DNA — further analysis is always performed using the mixture of maternal and fetal cell-free DNA. For the analysis to be successful, the mixture must contain =4% fetal cell-free DNA mixed in with the maternal DNA. We check this by a proprietary quantitative PCR assay called QuantYfeXTM. Should fetal DNA comprise less than 4% of the cell-free DNA mixture, it is recommended that new blood samples be taken later on in the pregnancy. The recovered DNA is present in only minute quantities; after determining its percentage of fetal DNA, a so-called genomic library is generated and reproduced so that it can be analyzed. This is followed by sequencing using state-of-the-art analysis equipment (DNA sequencing using the massive parallel sequencing (MPS) method, with the help of Illumina HiSeq2000 next generation sequencing technology). The sequences are evaluated using our CE marked PrenaTest® DAP.plus Software. A number of other quality standards must be achieved, such as minimum and maximum numbers (10-30 million) of generated sequences, or reads. These are prerequisites for performing the final analysis and interpreting the values — in other words, for reporting test results.

What are the advantages of the PrenaTest® over the Nuchal Translucency Test?

The previous non-invasive gold standard “combined nuchal translucency (NT) test“, which surveys fetal health with a broad view and a sensitivity of up to 90% with regard to trisomy 21, 18 and 13, has a downside regarding its specificity: only about 10% of the fetuses screened positive, which are then subjected to invasive diagnostics, are really a trait carrier of the down syndrome. This is exactly where the advantage of the PrenaTest® becomes apparent: in this so-called high risk group it determines - without any procedure related risk – those fetuses which really carry a trisomy 13, 18 or 21. Experts recommend following up only on those test-positive fetuses with invasive diagnostic procedures. In this respect, the PrenaTest® is a supplement to the existing non-invasive prenatal diagnosis, such as the first-trimester screening, as well as a decision aid for the pregnant woman for or against invasive prenatal diagnosis. Thus, it has the potential to dramatically reduce the number of fetal losses following invasive procedures.

What NGS technology do you use to perform the PrenaTest® in the LifeCodexx laboratories?

How does the PrenaTest® DAP.plus Software analyze the sequences produced by the HiSeq 2000?

PrenaTest® DAP.plus is a specially developed and CE-marked data analysis pipeline which first sorts the generated sequences (reads) according to defined quality criteria and chromosome numbers. After that, it measures the amount of genetic material present for chromosomes 13, 18 and 21. While performing quantification, the software also takes into account the fact that different chromosomes have different proportions of G-C base pairs (in contrast to A-T base pairs). When these molecular biological techniques are applied, GC-rich sequences behave differently from AT-rich ones in that sequenced DNA no longer contains these sections in the same proportions as the original genetic material did – sequencing “biases“ the DNA towards higher proportions of GC-rich sections. The programme’s “GC normalization“ process corrects this bias bioinformatically. Chromosome 21 contains GC- and AT-rich sections in approximately equal measure, so this normalization process is not critical for chromosome 21 analysis; chromosome 13, on the other hand, has significantly higher GC proportions, so GC normalization is vitally important to accurate trisomy 13 analysis. Similarly, trisomy 18 analysis is only possible thanks to GC normalization.

The amount of genetic material corresponding to the chromosomes in question, in relation to the total number of genetic sequences meeting the given quality criteria, is expressed as percentages of “chromosomal representation“. A validated algorithm is then used to determine whether the amount present of the given chromosome is higher than what would be found in a euploid chromosome set. A statistical value known as a z-score is calculated for the sample in question. The z-score represents how much the percentage of the chromosome-specific sequences in the tested sample differs from the median levels in a reference sample set, expressed in terms of median absolute deviation (MAD). z-scores lower than 3 are typically seen in pregnancies without fetal trisomy 21. A z-score =3 means that the value measured for the sample exceeds the median absolute deviation (MAD) of the reference set by more than three standard deviations, meaning the chromosome under investigation is represented in statistically abnormal quantities — which typically indicates the presence of a trisomy.

What is the diagnostic accuracy of the PrenaTest®?

The diagnostic accuracy of the PrenaTest® has been validated by clinical studies in which LifeCodexx was substantially involved. The European validation study (EVS) comprised the analysis and the reporting of 468 blood samples. Within the scope of a further study with samples from our partner company Sequenom Inc., USA, (Sequenom Collective Study, SCS) we analysed and reported an additional 340 samples. In summary, the performance qualification comprises the analysis of 808 samples including 75 trisomy 21 cases (EVS 41, SCS 34), 14 trisomy 18 cases (EVS 8, SCS 6) and 8 trisomy 13 cases (EVS 5, SCS 3). 806 out of 808 samples have been classified correctly (99.8%). Within the EVS, one result was false-negative for trisomy 21 and one result was false-positive for trisomy 18 (with an aberration of chromosome 10). This translates into a detection rate for trisomy 21 of 98.67% with a false-positive rate of 0%. The numbers of trisomy 13 and 18 cases tested are insufficient to draw conclusions on its sensitivity and specificity for these trisomies.

How has NGS technology impacted prenatal diagnostics and do you have any other products utilizing the advantages of NGS in the pipeline?

On the basis of next generation sequencing technologies LifeCodexx currently develops a human genetic diagnostic test for preeclampsia that will allow the detection of cell-free fetal DNA as an important early marker. The test would allow a reliable risk assessment before symptoms appear. Preeclampsia is a hypertensive disorder of the mother during pregnancy. It is among the leading causes of death of mother and unborn child and occurs in approximately two to five percent of all pregnancies in Germany. Early detection is critical and improves the prognosis for the further course of the pregnancy.

The PrenaTest® is currently carried out only in the LifeCodexx laboratory in Germany for women in European countries, are your plans for the test over the next few years?

Our main focus will remain Europe.

Wera Hofmann is biochemist with more than 12 years of experience in human genetic diagnostics. Until 2006, she supervised the BRCA1/2-gene diagnostic unit at the Interdisciplinary Center for Hereditary Breast Cancer at the Max-Delbrück Center in Berlin. In her most recent position, she worked as Managing Director for the Professional Association of German Human Geneticists (BVDH e.V.).

LifeCodexx AG is a German life science company focusing on the development of clinically validated molecular diagnostic tests based on the use of next generation sequencing techniques. In 2011 the company has partnered with Sequenom, Inc. (USA) for the commercialization of prenatal laboratory testing services in Europe.