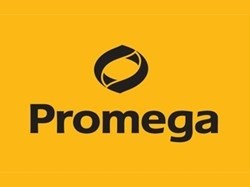 A new CE-IVD marked diagnostic test for microsatellite instability (MSI) in solid tumours, the OncoMate™ MSI Dx Analysis System (OncoMate™ MSI) by Promega, offers UK clinicians a new option for testing for Lynch Syndrome. UK NICE guidelines (DG27) for Lynch Syndrome testing include the use of PCR-based testing methods such as OncoMate™ MSI to determine MSI status in patients to guide treatment and advise surveillance or testing for the wider family. OncoMate™ MSI builds on the success of the Research Use Only (RUO) product (MSI Analysis System, Version 1.2) which has been adopted by UKAS-accredited laboratories for the diagnosis of Lynch Syndrome in the UK for over a decade.

MSI status can also inform clinicians prior to treatment, acting as an independent biomarker to predict  the efficacy of certain Immuno-Oncology therapies against solid tumours in the clinic (such as anti-PD1 antibody therapy). Patients with MSI-high (MSI-H) tumours typically respond well to anti-PD1 therapy1.

“MSI testing is of critical importance to ensure the efficacy of anti-PD1 therapy for solid tumours like  Colorectal Cancer,” says Professor Manuel Salto-Tellez (MD-LMS, FRCPath, FRCPI) Clinical Consultant Pathologist at the Belfast Health and Social Care Trust and Director of the Precision Medicine Centre. “We welcome the addition of a CE-IVD marked testing tool as we move to the new IVD-R regulations in 2022.”