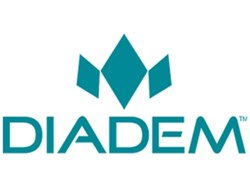 Diadem srl, a company developing the first blood-based test for the early prediction of progression to Alzheimer’s disease (AD), had announced results from a retrospective longitudinal study of its AlzoSure® Predict prognostic biomarker test. The study, A conformational variant of p53 (U-p53AZ) as blood-based biomarker for the prediction of the onset of symptomatic Alzheimer’s disease, is now available as a medRxiv preprint prior to its submission to the Journal of Neuroscience. The results confirm that AlzoSure® Predict accurately identifies individuals with no or only minor cognitive impairments who will progress to fully symptomatic Alzheimer’s disease up to six years before dementia symptoms are evident.

Consistent with earlier studies of AlzoSure® Predict, its prognostic performance in the new study was high, predicting the onset of AD dementia up to six years before symptoms appeared in individuals who were classified as either cognitively normal (CN) or as having minor cognitive impairment (MCI) at baseline, achieving AUC values of around 99% over the years of study follow-up. The data also confirm the test’s capability to discriminate between patients at different stages of cognitive decline, from asymptomatic to mild impairment to full AD dementia. In this 482-patient cohort from the Australian Imaging, Biomarkers and Lifestyle (AIBL) study, AlzoSure® Predict also demonstrated superior predictive performance to standard PET imaging measures of amyloid load b (P<0.001), as well as AD-related genetic biomarkers .

The Diadem AlzoSure® Predict assay uses a proprietary antibody, U-p53AZ, to measure blood levels of an unfolded conformational variant of the p53 protein that has been implicated in the pathogenesis of AD. The analysis is based on longitudinal data from the AIBL study cohort spanning the AD continuum from cognitive normal to fully symptomatic AD. Patients were followed for up to 144 months. The data include comparative results from PET imaging and other commonly used AD diagnostic tools.

Colin Louis Masters MD FAA AO is laureate professor of pathology at the University of Melbourne and Head of the Neuropathology and Neurodegeneration Laboratory at Australia’s Florey Institute of Neuroscience and Mental Health, one of the largest and most respected brain research centers in the world. Dr. Masters, who was not involved with the new study, commented, “Despite growing interest in biomarkers allowing early identification of individuals at risk for Alzheimer’s, more than half of AD patients still lack a formal diagnosis, and opportunities for early intervention to slow or stop disease progression are missed. Most seriously, progress in developing disease modifying treatments has been hampered by the lack of accessible prognostic biomarkers to identify those who could benefit from early treatment. These encouraging data suggest that AlzoSure® Predict could play a valuable role in identifying at-risk patients many years in advance, enabling earlier interventions now and better clinical studies of investigational AD therapies going forward.”

Tamas Bartfai, PhD, Chair of Diadem’s Medical Advisory Board and formerly Professor and Chairman of Molecular and Integrative Neurosciences and Director of the Dorris Neuroscience Center at the Scripps Research Institute, noted, “These new data using samples from multiple well-known biobanks confirm that AlzoSure® Predict, a blood-based, easily accessible test, can identify individuals who will progress to symptomatic Alzheimer’s disease six or more years in advance. They are being published as we prepare to highlight September as Alzheimer’s Disease International’s World Alzheimer’s Month, focusing this year on the importance of early diagnosis. An accessible, accurate blood-based biomarker test like AlzoSure®  Predict has the potential to make possible early interventions to slow or stop disease progression and to enable more effective  enrollment for the multiple clinical studies of new therapeutics. In view of the growing evidence supporting the test’s utility, I am optimistic that the further validation studies that are now underway will confirm these results, paving the way for AlzoSure Predict® to become available to patients and their physicians.”

Paul Kinnon, CEO of Diadem, added, “These study results reflect years of innovative research by Diadem scientific co-founder Professor Daniela Uberti, a leader in investigating the role of this conformational p53 variant in the development of Alzheimer’s disease. The new data reinforce and validate our prior studies showing that AlzoSure® Predict can identify individuals who will progress to Alzheimer’s dementia years before symptoms are evident, and it does so more accurately than established diagnostic tools such as PET imaging of amyloid b load. Best of all, our biomarker test is blood-based, simple, and affordable, making it accessible for a variety of applications, including broad-based patient screening. We aim to complete additional validation studies in the coming months and are targeting a global launch in collaboration with strategic partners next year.”

Diadem is developing the AlzoSure® Predict assay as a simple, non-invasive plasma-based biomarker test to accurately predict the probability that a patient with asymptomatic mild cognitive impairment will progress to Alzheimer’s dementia. The company’s patented technology uses an analytical method that includes a proprietary antibody developed by Diadem designed to bind to the conformational variant U-p53AZ protein and its target sequences. Diadem is currently conducting a follow-up study using additional longitudinal data from different cohorts and centers in Europe and the United States to validate these newly published findings and compare and correlate the potential of U-p53AZ as a blood-based biomarker with traditionally studied markers of AD pathology. Results are expected later this year.