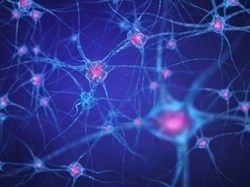 Hesperos have announced a new peer-reviewed publication that describes how the company’s functional Human-on-a-Chip system can be used as a drug discovery platform to identify therapeutic interventions targeting the preclinical stages of Alzheimer’s disease (AD) and mild cognitive impairment (MCI). The manuscript, titled “A human induced pluripotent stem cell-derived cortical neuron human-on-a-chip system to study Aβ42 and tau-induced pathophysiological effects on long-term potentiation,” was published this week in Alzheimer's & Dementia: Translational Research & Clinical Interventions. The work was conducted in collaboration with the University of Central Florida and with David G. Morgan, Ph.D., Professor of Translational Neuroscience at Michigan State University, and expert in AD pathology.

To date, more than 100 potential therapeutics in development for AD have been abandoned or failed during clinical trials. These therapeutics relied on research conducted in preclinical animal studies, which often are unable to accurately capture the full spectrum of the human disease phenotype, including differences in drug metabolism and excretion between humans and animals. Therefore, there is a need for human models, especially those that accurately recapitulate the functional impairments during the preclinical phases of AD and MCI.

“Hesperos offers a breakthrough technology that provides a human cell-based assay based on cognitive function metrics to evaluate drugs designed to restore cognition at early stages of the Alzheimer’s continuum,” said Dr. Morgan. “This system can serve as a novel drug discovery platform to identify compounds that rescue or alleviate the initial neuronal deficits caused by Aβ1-42 and/or tau oligomers, which is a main focus of clinical trials.”

In 2018, Hesperos received a Phase I Small Business Innovation Research (SBIR) grant from the National Institute on Aging (NIA) division within the US National Institutes of Health (NIH) to help create a new multi-organ human-on-a-chip model for testing AD drugs. Research conducted under this grant included a study to assess therapeutic interventions based on functional changes in neurons, not neuronal death.

“Researchers are now focusing on biomarker development and therapeutic intervention before symptoms arise in AD and MCI,” said James Hickman, Ph.D., Chief Scientist at Hesperos and Professor at the University of Central Florida. “By studying functional disruption without extensive cell loss, we now have a screening methodology for drugs that could potentially evaluate therapeutic efficacy even before the neurodegeneration in MCI and AD occurs.”

The researchers found that compared to controls, treatment with toxic Aβ and tau oligomers or brain extracts on the iPSC cortical neurons significantly impaired information processing as demonstrated by reduction in high-frequency stimulation-induced long-term potentiation (LTP), a process that is thought to underlie memory formation and learning. Additionally, oligomer and brain extract exposure led to dysfunction in iPSC cortical neuron electrophysiological activity, including decreases in ion current and action potential firing.

While exposure to the toxic oligomers and brain extracts caused morphological defects in the iPSC cortical neurons, there was no significant loss in cell viability.

“Clinical success for AD therapies has been challenging since preclinical animal studies often do not translate to humans,” said Michael L. Shuler, Ph.D., Chief Executive Officer of Hesperos. “With our recent study, we are now one step closer in developing an AD multi-organ model to better evaluate drug metabolism in the liver, penetration through the blood-brain barrier and the effects on neuronal cells.”