It is the first and only approved therapy for NMOSD designed to target and inhibit interleukin-6 receptor activity, using novel recycling antibody technology 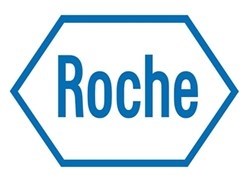 Roche has announced that the US Food and Drug Administration (FDA) has approved ENSPRYNG™ (satralizumab-mwge) as the first and only subcutaneous treatment for adults living with anti-aquaporin-4 (AQP4) antibody positive neuromyelitis optica spectrum disorder (NMOSD). NMOSD is a rare, lifelong and debilitating autoimmune disorder of the central nervous system, often misdiagnosed as multiple sclerosis, that primarily damages the optic nerve(s) and spinal cord, causing blindness, muscle weakness and paralysis.

ENSPRYNG is a humanised monoclonal antibody and the only approved therapy designed to target and inhibit interleukin-6 (IL-6) receptor activity, believed to play a key role in the inflammation associated with NMOSD. The treatment was designed by Chugai, a member of the Roche group, using novel recycling antibody technology, which compared to conventional technology, allows for longer duration of antibody circulation and subcutaneous dosing every four weeks.

“For people with NMOSD, relapses can cause devastating, irreversible and disabling neurological effects,” said Professor Jeffrey Bennett, University of Colorado Neurology & Ophthalmology, and investigator for the ENSPRYNG pivotal clinical trials. “Having an approved therapy that can be administered subcutaneously in the home, and has demonstrated an impact on the frequency of relapses, is an important advancement for patients.”

“We are very optimistic the addition of this new approved treatment option will make a meaningful difference for those living with NMOSD, those who love and support them and the doctors who treat them,” said Victoria Jackson, founder, The Guthy-Jackson Charitable Foundation. “When my daughter was diagnosed with NMOSD in 2008, there were no approved treatment options, and a critical lack of resources and understanding for people living with this disabling disorder. After years of dedicated effort and collaboration, the FDA approval of ENSPRYNG exemplifies how patients, industry, and academia can find solutions together.”

ENSPRYNG can be administered in the home by a person living with NMOSD or a caregiver following training from a healthcare provider. ENSPRYNG treatment is administered every four weeks after an initial loading dose.

ENSPRYNG will be available in the United States in two weeks.

FDA approval is based on results from one of the largest pivotal clinical trial programmes undertaken for this rare neurological disorder. This approval is supported by results from two randomised controlled Phase III clinical trials, the SAkuraStar and SAkuraSky studies, in which ENSPRYNG demonstrated robust and sustained efficacy and a favourable safety profile in adults with AQP4 antibody positive NMOSD. Results were sustained for 96 weeks, significantly reducing the risk of relapse compared with placebo as a monotherapy and when used concurrently with baseline immunosuppressant therapy (IST), which has commonly been used to manage NMOSD symptoms associated with relapses.