Product News: BMG LABTECH is a Diamond Sponsor of the First Annual SLAS 2012 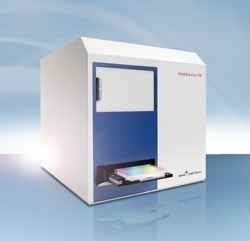 The first inaugural SLAS will take place February 6-8th in San Diego, California with BMG LABTECH being a proud diamond sponsor of the event. Stop by booth #921 to see new technology from the Microplate Reader Company. Amongst the things to see are: the PHERAstar FS, the gold-standard for HTS instruments; the SPECTROstar Nano, the only 1536 absorbance reader that can capture a full UV-Vis spectrum in less than a second per well; and the new Atmospheric Control Unit with dual independent gas intake valves, making the FLUOstar Omega the ultimate cell-based microplate reader.

BMG LABTECH will also host two 50 minute tutorials at SLAS highlighting the PHERAstar FS and its flexibility in cell-based and HTS assays. The Tuesday morning tutorial will be in conjunction with Labcyte detailing a nanoHTS platform in 3456 well plates. Together with Labcyte’s Echo® liquid dispenser, BMG LABTECH now have the ability to dispense to smaller volumes. The Tuesday afternoon tutorial will demonstrate the flexibility of the PHERAstar FS by showing how it outperforms two competing drug discovery technologies, a charged coupled device (CCD) based microplate reader used for HTS and a flow cytometer used for high content screening (HCS).

Visit the SLAS booth, tutorials, or posters to see the future of microplate reader technology today.

For more information and to register for the tutorials visit the company website.