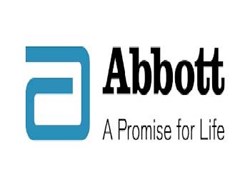 Abbott has announced late-breaking data from the Amulet™ LAA Occluder IDE trial, a multi-center, head-to-head study comparing the company's Amplatzer™ Amulet Left Atrial Appendage (LAA) Occluder with the Watchman™ device (Boston Scientific) to treat patients with atrial fibrillation (AFib) at an increased risk of stroke. The results of the trial show Abbott's Amulet device was superior for the primary endpoint of LAA closure and noninferior for the primary endpoints of safety and effectiveness versus the comparator device.

The findings were presented in a late-breaking Hot Line session at ESC Congress 2021 organized by the European Society of Cardiology and simultaneously published in Circulation. The trial results supported the recent U.S. approval of Amulet.

The LAA is a small pouch connected to the upper left chamber of the heart. For people with AFib, the heart's ability to effectively pump blood can be disrupted, allowing blood to pool and collect in the LAA causing an increased risk for clotting. If clots reach the blood stream, they can travel to the brain and cause a stroke. Abbott's Amulet device with Dual-Seal technology (a lobe to fill the body of the LAA and a disc to close off the opening into the LAA) offers immediate closure of the LAA, reducing the risk of stroke and – unlike the study comparator device – immediately eliminates the need for blood-thinning medication following implant. Amulet Occluder also offers a wider range of sizes to help physicians treat a broad range of patients and allows recapturing and repositioning to ensure optimal placement.

"Atrial fibrillation cases have increased in recent years as the world continues to age, making stroke risk more prevalent and resulting in higher usage of blood-thinning medication that can lead to bleeding and other complications," said Dhanunjaya Lakkireddy, M.D., Kansas City Heart Rhythm Institute at HCA Midwest Health, who served as principal investigator for the study. "Amulet demonstrated a clear benefit for people suffering from atrial fibrillation who are at risk of stroke and in need of LAA occlusion. The Amulet IDE trial data show that we can effectively treat these patients with Amulet and get them off blood thinners immediately following implantation."

Results from the study demonstrated that Abbott's Amulet Occluder with Dual-Seal technology:
•    Was successfully implanted in 98.4% of patients compared to 96.4% of patients receiving the Watchman device.
•    Demonstrated superiority for the primary endpoint of LAA closure compared to Watchman (98.9% vs. 96.8%, p (superiority) = 0.0025).
•    Was noninferior to the comparator device for the co-primary safety endpoint (a composite of procedure-related complications, all-cause death or major bleeding through 12 months) and co-primary effectiveness endpoint (a composite of ischaemic stroke or systemic embolism through 18 months).

"Now backed by the strength of the Amulet IDE data and the ability to immediately close the LAA, our Amulet device has the potential to change the way physicians approach LAA occlusion therapy," said Michael Dale, senior vice president of Abbott's structural heart business. "Offering immediate, superior LAA closure allows Americans living with atrial fibrillation to experience greater peace of mind against the worry of having a stroke without the need for blood-thinning medication immediately following the procedure."

The Amplatzer Amulet LAA Occluder has been approved for use in more than 80 countries, including in Europe, Canada and Australia, since its initial CE Mark approval in 2013. Amulet is part of the Abbott Amplatzer family of products with proven clinical success for more than two decades.