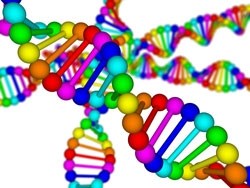 Personal Genome Diagnostics Inc. (PGDx), a provider of advanced cancer genome analyses, today announced the launch of its METDETECTTM Assay for the detection of MET gene amplifications in the circulation of cancer patients. Amplifications and other structural changes of the MET cancer gene have been associated with resistance to therapy and as major oncogenic drivers in a variety of tumors, including colorectal, lung, gastric, brain and head and neck cancer.

PGDx’s METDETECT assay utilizes the company’s PARE technology to uniquely identify structural alterations in the MET gene in circulating tumor DNA (ctDNA) directly from the patient’s plasma, thereby eliminating the need for invasive and costly tumor biopsies. Separately, the company announced that it has raised $2.8 million in a private financing.

Antony Newton, Chief Commercial Officer of PGDx, commented, “Our METDETECT assay is the first test intended for clinical use that detects amplifications in DNA shed from tumors into the circulation. We believe this test will facilitate initial assessments of patient tumor status as well as re-testing for the presence of treatment-induced genomic changes in the MET gene, since no tumor biopsy material is needed. Amplifications of the MET gene have been implicated as cancer drivers in a number of important cancers, and we are proud to offer this breakthrough test to cancer researchers, patients and their physicians.”

The $2.8 million funding round from several undisclosed private investors is the first external financing PGDx has raised. Since its inception in 2010, the company has been funded primarily by revenues from the cancer genome analysis services it provides to a wide variety of biopharmaceutical firms, academic research centers, contract research organizations and cancer patients and physicians. The new funds will be used to help support further development and marketing of PGDx’s circulating tumor DNA assays.

Mr. Newton continued, “We appreciate the support of the investors who have provided us with additional resources for the continued development and launch of assays based on the PARE ctDNA technology. Until now, we had declined to accept funds from external parties, but decided that the substantial clinical and commercial opportunity represented by this technology warranted opening our doors to financial participation by a few select investors”

In February 2014, PGDx reported that its proprietary PARE and other related genomic technologies were used in a landmark study published in Science Translational Medicine that assessed the utility of plasma-based cell-free circulating tumor DNA for cancer detection and monitoring, comparing it to DNA analyses based on tumor biopsies. The authors concluded that ctDNA is a broadly applicable, sensitive and specific biomarker that can be used for a variety of clinical and research purposes in patients with different types of cancer.1

Mark Sausen, PhD, Director of R&D at PGDx, commented, “Our METDETECT assay is the first plasma-based DNA test suitable for clinical use with the capability to detect somatic tumor-derived gene amplifications. Our PARE technology uniquely enables detection of resistance mechanisms from plasma, including complex genetic rearrangements, amplifications and mutations that may have arisen during prior therapy. The METDETECT assay is the first in a planned series of PGDx ctDNA tests that will enable researchers, oncologists and patients to make more informed cancer treatment decisions.”

The METDETECT test uses next generation sequencing (NGS) and PGDx’s proprietary high sensitivity PARE and other technologies to identify focal amplifications of the MET gene that can be useful for prediction of therapeutic response, overall prognosis and cancer recurrence, and for ongoing monitoring. Analyses are performed in PGDx’s CLIA laboratory certified for high complexity clinical testing and take two to three weeks. The comprehensive report includes identification and schematic representation of tumor-specific MET amplifications, annotation of predicted mutation consequences, data summary statistics and integrated analysis reporting. The METDetect assay is CLIA-approved and immediately available for clinical and investigative use.

PGDx’s proprietary PARE technology is an ultrasensitive technique that enables whole genome identification of changes in tumor-specific ctDNA. Unlike other approaches, which can primarily detect point mutations in ctDNA, PARE can also detect structural changes, including the genomic amplifications and rearrangements that are critical for guiding cancer treatment. PARE was invented in the laboratories of PGDx co-founders Dr. Victor Velculescu and Dr. Luis Diaz at Johns Hopkins University, and PGDx has licensed exclusive rights to the PARE technology from Johns Hopkins.