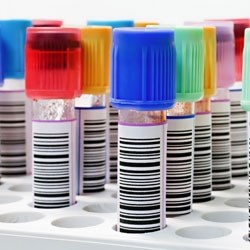 In March of this year, a team of Georgetown University scientists published research showing that, for the first time ever, a blood test has the potential to predict Alzheimer’s disease before patients start showing symptoms. You can read the press release and watch the video regarding this announcement here.

The AACC has announced that a late-breaking session at the 2014 AACC Annual Meeting & Clinical Lab Expo in Chicago will expand upon this ground-breaking research and discuss why it could be the key to curing this devastating illness.

According to the World Health Organization, the number of Alzheimer’s patients worldwide is expected to skyrocket from the 35.6 million individuals who lived with it in 2010 to 115.4 million by 2050. Currently, however, all efforts to cure or effectively treat the disease have failed. Experts believe one explanation for this lack of success could be that the window of opportunity for treating Alzheimer’s has already closed by the time its symptoms manifest.

Enter the research team led by Howard Federoff, MD, PhD, executive dean at Georgetown University School of Medicine in Washington, D.C. In cognitively healthy adults age 70 and older, Federoff’s team measured the levels of 10 lipids found in the blood to identify, with 90% accuracy, which study group participants would develop cognitive impairment over a 2–3 year period. If this 10-lipid test is validated in larger studies, it could help researchers to develop treatments for Alzheimer’s that halt or slow the disease before it even begins. A blood test would also be easier to perform than current Alzheimer’s tests that use brain imaging or hard-to-collect cerebrospinal fluid, meaning that Federoff team’s test could be used for population-wide Alzheimer’s screening.

Amrita Cheema, PhD, one of the main investigators on Federoff’s team, will give an in-depth lecture on the test’s significance, the science behind it, and the research techniques used to develop it in the July 28 AACC session, “Lipidomics: A Powerful Approach to Identify Pre-clinical Memory Impairment in Older Adults.” Cheema is an associate professor and co-director of the Proteomics and Metabolomics Shared Resource at Georgetown University.

“This discovery is a potentially enormous breakthrough in the fight against Alzheimer’s,” said AACC CEO Janet B. Kreizman. “If research aimed at a cure for Alzheimer’s is to move forward, it is crucial that Alzheimer’s clinical trials find a way to recruit patients who are still asymptomatic, since they are the ones most likely to respond to treatment. The Federoff team’s test could be the answer to this problem, and it also demonstrates how laboratory medicine

helps patients achieve better health—by not only ensuring that patients receive timely and appropriate treatment, but also by enabling researchers to develop effective treatments in the first place.”

About the 2014 AACC Annual Meeting & Clinical Lab Expo AACC's Annual Meeting offers 5 days packed with opportunities to learn about exciting science from July 27–31. Plenary sessions feature expert presentations on how mobile technology and the internet are revolutionizing healthcare, the importance of newborn screening, big data, the biologic basis of obesity, and the latest advances that could lead to a cure for HIV.

At the AACC Clinical Lab Expo, more than 700 exhibitors will fill the show floor of Chicago’s convention center, McCormick Place, with displays of the latest diagnostic technology, including but not limited to automation, information systems, point-of-care, and biotech.