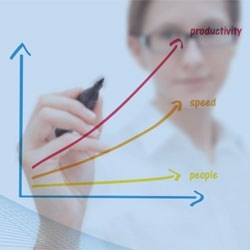 Due to aging populations in Europe, the numbers of test volumes are increasing at 7.8% per year (1). This means an increase of more than 40% of the workload within 5 years time. At the same time the number of educated technicians is rapidly decreasing. This combination of factors means laboratories need to get the most of out their existing resources, in other words ‘maximize their productivity’.

For more than 100 years, Sakura Finetek products have been used in histopathology laboratories around the world. To further support laboratories, Sakura offers the SMART Automation product line aimed to maximize the productivity of a laboratory.

Chris Koeman, CEO Sakura Finetek Europe, states, “SMART Automation is the logical next step to enhance laboratory performance. Optimizing laboratory’s productivity, while reporting better turnaround times using the same resources. Millions of patients around the world have benefited from better and faster diagnoses offered by the histopathology laboratories that have implemented SMART Automation”.

Over the past 10 years histopathology laboratories have achieved impressive performance levels with SMART Automation and have reported:
• Increased productivity by more than 30%, with the same number of technicians
• Reduced time to diagnose by 67%
• 80% of the cases are ready within 24 hours
• Better control of the daily process